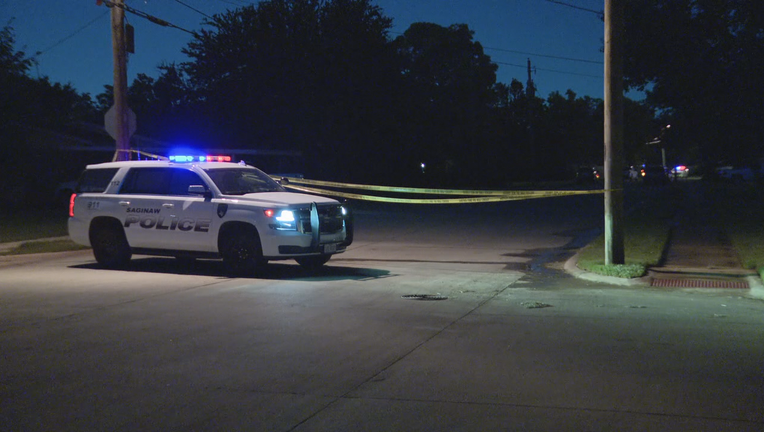 SAGINAW, Texas - A 31-year-old man was found dead in a Saginaw home after an hours-long standoff and a family dispute early Sunday morning.

Police said this started just before 3 a.m., when they were called to a home in the 300 block of Worthy Street because of a disturbance.

Responding officers were told that Terry McKensie had assaulted family members, then pulled out a gun and shot multiple rounds toward them.

One person fired back, hitting McKensie once.

Police said he went back into the home, where a 1-year-old and 6-year-old were sleeping.

After failed attempts at contact him, SWAT went inside the house and found McKensie dead.

The Tarrant County Medical Examiner reports the time of death was just after 6 a.m.

Police said those young kids sleeping inside the home were not hurt and have been returned to their mother.