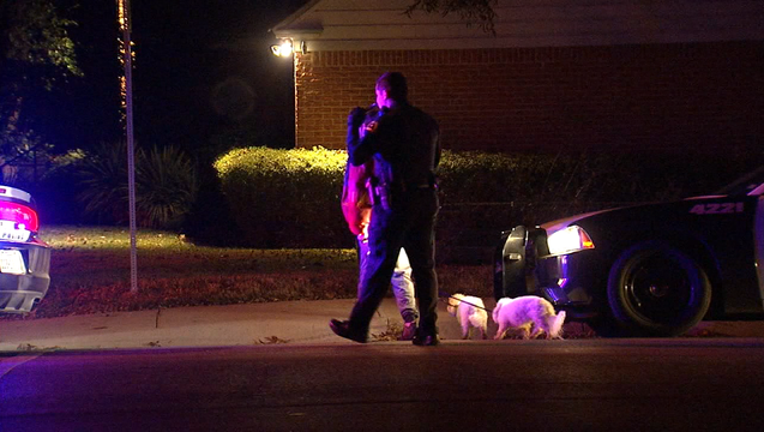 A man was arrested after he allegedly pointed a laser at the Dallas police helicopter.

DPD Air One was flying over Colorado Boulevard in the Kessler Park area of Oak Cliff around 1 a.m. Friday when someone shined a laser at the pilots.

The laser illuminated the chopper for about ten seconds before the pilots shined their light on the suspect. He tossed the laser and tried to hide under some trees.

The pilots directed patrol officers on the ground to the location, where they found a man walking two poodles and found the laser nearby.

That man was arrested and charged with illumination of an aircraft by intense light.

Officials said the laser did not damage the eyesight of the pilots.