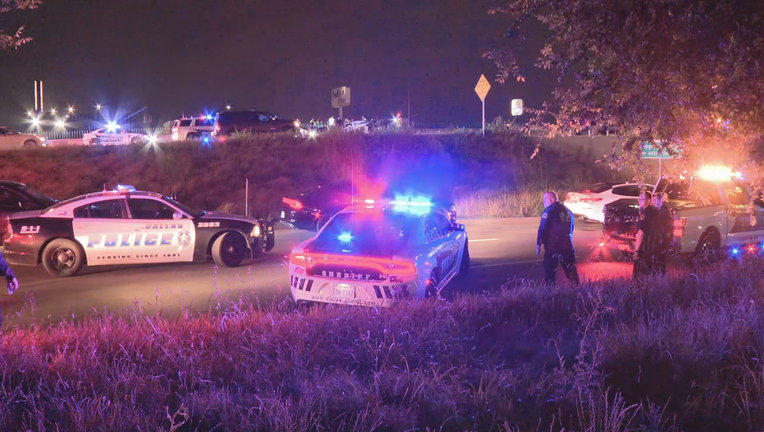 DALLAS - A 31-year-old man was arrested for DWI and a weapons charge after he crashed into the back of a Dallas County Sheriff’s Office deputy’s vehicle early Sunday morning.

The wreck happened just before 1:20 a.m., along northbound I-35, at Mockingbird Lane.

Investigators said the driver of a white Ford sedan, later identified as Emilio Araiza, was swerving from lane to lane, before crashing into the back of a deputy’s vehicle that had its overhead lights on. The deputy’s vehicle was on the right shoulder for a traffic stop.

After the crash, the deputy’s vehicle, which had a DSO sergeant inside, was knocked onto the service road. The sergeant was check by Dallas-Fire Rescue and released.

Araiza was trapped in the Ford and deputies broke the window to pull him out.

He was taken to a hospital in serious condition.

Araiza was later arrested for driving while intoxicated and unlawful carrying of a weapon.