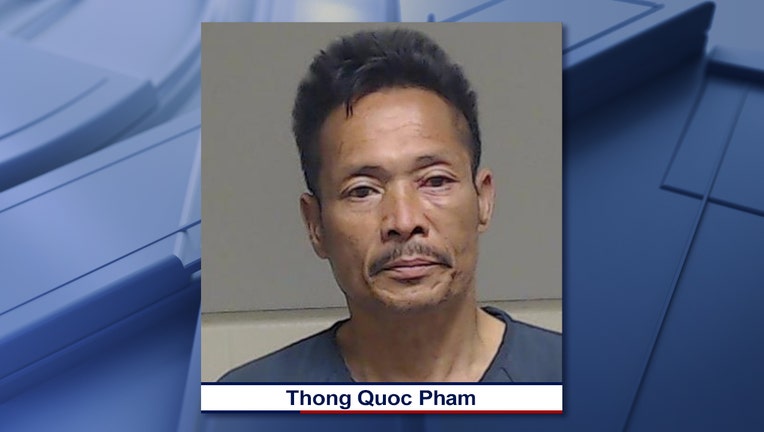 WYLIE, Texas - A man and his dog were injured after being attacked inside their Wylie home early Friday morning.

Police said the 38-year-old victim was woken up by his dog barking just before 12:45 a.m.

He went to check out their house, located in the 1500 block of Canyon Creek Road, and saw 53-year-old Thong Pham inside.

They began to fight, and Pham reportedly started cutting and stabbing the homeowner with a knife.

When his Labrador tried to help, Pham cut the dog too. The victim’s wife called police.

Pham ran out the back door, and responding officers later found him hiding along a creek.

Pham was taken into custody and arrested for aggravated assault with a deadly weapon and cruelty to non-livestock animals.

The victim and his dog are recovering from non-life threatening injuries.

It's not yet known why Pham was inside the home.