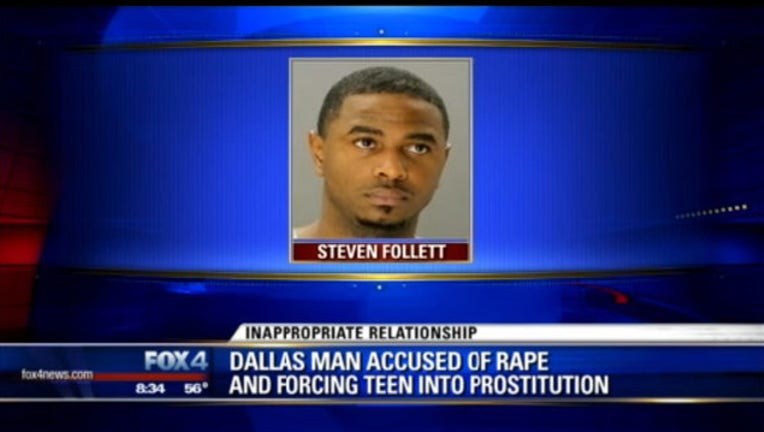 A Dallas man is behind bars, accused of raping and forcing a 15-year-old girl into prostitution.

24-year old Steven Follett is charged with sexual assault of a child, trafficking of a child to engage in sexual conduct and compelling prostitution under age 18.

She was being advertised online, according to Dallas police.

Follett is also being held on a sexual assault of a child charge out of Denton County.