Several of the governor's health advisers say they weren't consulted before the announcement, and one objects to the decision.

DALLAS - There appears to be some confusion about who knew what and when before Gov. Greg Abbott announced a lifting of restrictions in Texas.

Several of the governor's health advisers say they weren't consulted before the announcement, and one objects to the decision.

The governor worked to clear some of that up when FOX 4 asked his office. He also responded to criticism coming from the White House. 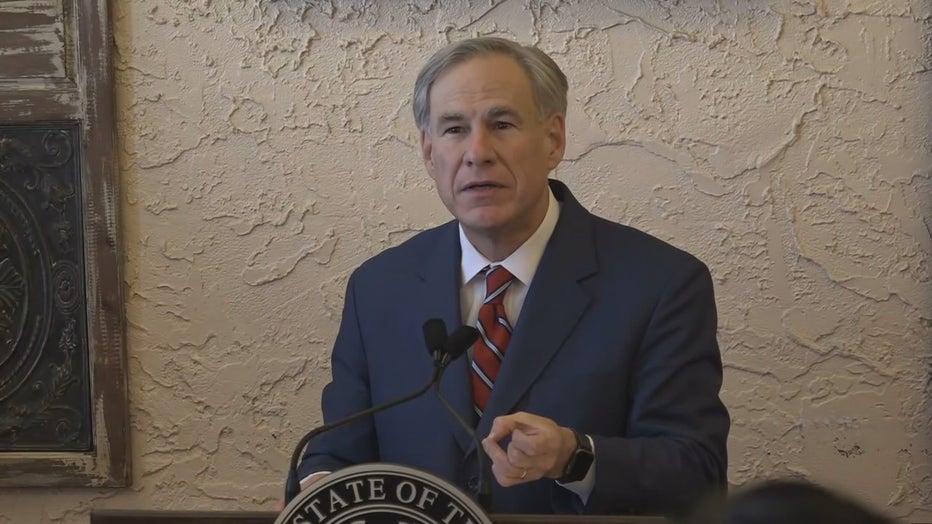 Many health experts who have reacted to the decision say the governor's actions were premature.

Although it's hard to say whether it'll have a big impact or not, what is clear is some of the health experts the governor picked to advise him at the start of the pandemic weren't looped in.

President Joe Biden at the White House Wednesday chastised Gov. Abbott over the decision to lift the mask mandate, saying we’re close to the finish line.

"Texas, I think, is a big mistake," he said. "The last thing we need is Neanderthal thinking that in the meantime everything's fine, take off your mask. It still matters."

In response to the president, Gov. Abbott said recoveries, reduced hospitalizations and vaccinations brought him to his decision.

And in a tweet, he criticized President Biden's immigration policies, linking them to the spread of COVID-19.

While the governor defended his decisions, FOX 4 is learning he didn't directly consult at least three of his four chief medical advisers on his COVID-19 strike force.

Dr. Parker Hudson with the Dell Medical School tweeted Wednesday that "many are asking...I was not consulted prior" to the governor’s order.

Dr. Mark McClellan with Duke University said he wasn’t consulted either. He said by email: "I don’t think this is the right time. Texas has been making some real progress, but it’s too soon for full reopening and to stop masking around others."

State Health Services Commissioner Dr. John Hellerstedt was asked if the governor talked with him during a virtual appearance before the Texas House Public Health Committee.

"Was that conversation prior to the governor’s announcement yesterday?" State Rep. Erin Zwiener asked.

"I have had conversations with his team prior to the announcement," Dr. Hellerstedt said.

"Okay, but not your personal conversation with him?" asked Zwiener.

"No, I did not have a personal conversation with him prior to the decision," the doctor said.

The governor’s office didn’t push back, instead saying in a vague statement: "the governor speaks regularly with Dr. Hellerstedt and Dr. Zerwas, along with others in the medical community, regarding yesterday’s announcement. All were in agreement that Texans should continue following medical advice and safe standards on preventing COVID-19."

Steve Miff is with the Parkland Center for Clinical Innovation. He does not project the policy change will significantly impact when Texas’ achieves herd immunity likely in mid-June.

"To me, the latest policy announcements and developments, while a bit surprising, are not anticipated to significantly change the herd immunity at this time," Miss said. "And the infections will likely accelerate in some areas within certain demographics. If anything, we might get to herd immunity faster. But getting there through people getting infected is not safe for anybody."

The governor’s order will not prevent businesses from requiring masks, and many will require them.

Veronica Bradley opened Vector Brewing in Dallas during the pandemic.

"There is nobody in the whole world who wants to operate 100% without masks more than me," she said.

Bradley says until the CDC says it’s safe, they’ll keep requiring masks and cap occupancy, even though they know not everyone will be happy.

"When we heard everything was changing very quickly, we got pretty nervous because there’s no right answer," she said. "There’s no right thing to do because we’re going to make customers angry."

There’s also been a trend of businesses that will require masks for employees and vendors but not for customers. Some are choosing simply to strongly encourage it.

There's, of course, concern among some that grocery store, restaurant or other workers will be put in the spot of having to ask people to put their masks on.