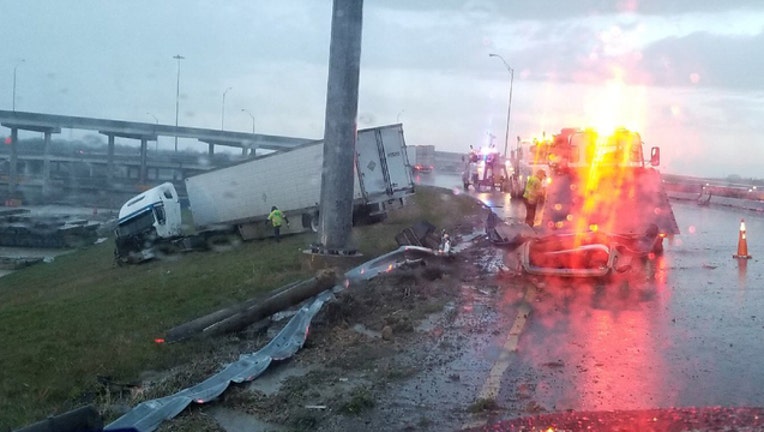 GRAPEVINE, Texas - A major fuel spill Saturday morning forced a portion of all westbound lanes on I-635 in Grapevine to be closed for a couple of hours.

There was also guardrail damage from where the truck jackknifed.

No one was injured as a result of the crash.

Traffic was diverted while the fuel was cleaned up, and lanes were back open just after 10 a.m.