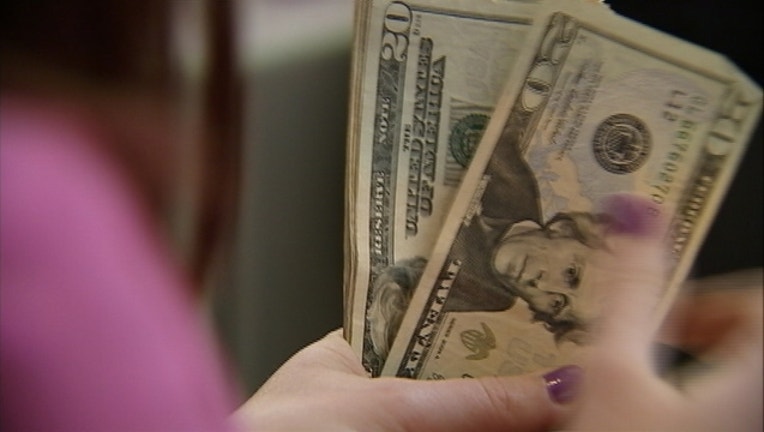 WASHINGTON (AP) — For just the third time in 40 years, millions of Social Security recipients, disabled veterans and federal retirees can expect no increase in benefits next year, unwelcome news for more than one-fifth of the nation's population.

They can blame low gas prices.

By law, the annual cost-of-living adjustment, or COLA, is based on a government measure of inflation, which is being dragged down by lower prices at the pump.

The government is scheduled to announce the COLA — or lack of one — on Thursday, when it releases the Consumer Price Index for September. Inflation has been so low this year that economists say there is little chance the September numbers will produce a benefit increase for next year.

Prices actually have dropped from a year ago, according to the inflation measure used for the COLA.

"It's a very high probability that it will be zero," said economist Polina Vlasenko, a research fellow at the American Institute for Economic Research. "Other prices — other than energy — would have to jump. It would have to be a very sizable increase that would be visible, and I don't think that's happened."

Congress enacted automatic increases for Social Security beneficiaries in 1975, when inflation was high and there was a lot of pressure to regularly raise benefits. Since then, increases have averaged 4 percent a year.

In all, the COLA affects payments to more than 70 million Americans.

The COLA also affects benefits for about 4 million disabled veterans, 2.5 million federal retirees and their survivors, and more than 8 million people who get Supplemental Security Income, the disability program for the poor. Many people who get SSI also receive Social Security.

Carol Mead of Montrose, Pennsylvania, said she and her husband were counting on Social Security COLA to help them with their finances.

"My husband is working just so we can pay our bills," said Mead, a retired land-use administrator. "He's 70 years old, and he's still working in a stone quarry. He's told me a number of times that he thinks he's going to have to work until the day he dies."

But that leaves about 30 percent of Medicare beneficiaries on the hook for a premium increase that otherwise would be spread among all. Those who would pay the higher premiums include 2.8 million new beneficiaries, 1.6 million whose premiums aren't deducted from their Social Security payments and 3.1 million people with higher incomes.

Their premiums could jump by about $54 a month, or 50 percent. Those with higher incomes would pay even larger amounts.

States also would feel a budget impact because they pay part of the Medicare premium for about 10 million low-income beneficiaries.

All beneficiaries would see their Part B annual deductible for outpatient care jump by $76, to an estimated $223. The deductible is the annual amount patients pay before Medicare kicks in.

"This would affect all beneficiaries," said Tricia Neuman of the nonpartisan Kaiser Family Foundation. "This kind of an increase is unprecedented."

Senate Democrats have introduced legislation that would freeze Medicare's Part B premium and deductible for 2016, but its prospects are uncertain.

By law, the cost-of-living adjustment is based on the Consumer Price Index for Urban Wage Earners and Clerical Workers, or CPI-W, a broad measure of consumer prices generated by the Bureau of Labor Statistics. It measures price changes for food, housing, clothing, transportation, energy, medical care, recreation and education.

The COLA is calculated by comparing consumer prices in July, August and September each year with prices in the same three months from the previous year. If prices go up, benefits go up. If prices drop or stay flat, benefits stay the same.

The numbers for July and August show that, overall, consumer prices have fallen since last year. Fuel prices are down by 23 percent from a year ago, according to the August inflation report. But prices for some other goods and services, such as health care and housing, are up.

Advocates argue that the government's measure of inflation doesn't accurately reflect price increases in the goods and services that older Americans use.

"The COLA is determined by the buying power of younger working adults," said Mary Johnson of The Senior Citizens League.

Many advocates for seniors want Congress to adopt an experimental price index that seeks to capture the inflation experienced by Americans 62 and older. The Social Security Administration estimates it would increase the annual COLA by an average of 0.2 percentage points — which still might not be enough to generate a COLA for next year.

"They have a formula that they use that doesn't reflect the actual cost of living," said Marshall, 68, a retired laborer and casino dealer. "Just because the price of gas is going down, that doesn't mean anything."