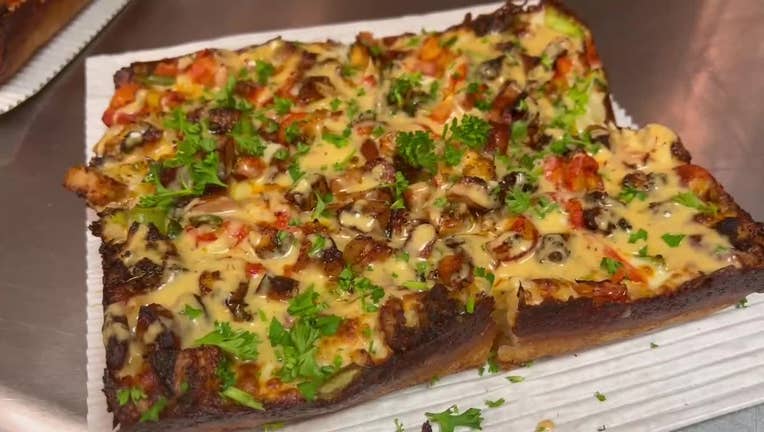 LEWISVILLE, Texas - The owner of a North Texas pizza shop created a special pie that pays tribute to the Cowboys’ quarterback.

Motor City Pizza in Lewisville added "The Dak" to its menu.

Owner Greg Tierney took some of Dak Prescott’s favorite foods and rolled them into a pizza.

"He was born and raised in Louisiana and his childhood favorites have stuck with him," Tierney said.

The pizza has blackened chicken, crawfish, and andouille sausage, along with peppers, onions, and tomatoes on a Detroit-style dough.

It's baked and then topped with a Cajun cream sauce and fresh parsley.

That sounds like something Cowboys fans may want for this Sunday’s watch party!

How to watch Dallas Cowboys vs. San Francisco 49ers - channel, stream, and more