Good Day once again checks in with Dr. Benjamin Neuman, one of the world's top experts on coronaviruses. He talks about the research behind masks and medical studies using the drug hydroxychloroquine.

DALLAS - The president and a few doctors continue to push the drug hydroxychloroquine as treatment for COVID-19, but one of the world’s top coronavirus researchers said studies have repeatedly shown it is ineffective.

Dr. Benjamin Neuman is a virus expert in the Texas A&M – Texarkana’s biology department. He’s been studying coronaviruses for decades and was part of the international committee that named the virus behind the COVID-19 pandemic.

Dr. Neuman said back in March and April, researchers could legitimately say that hydroxychloroquine was unproven but had a chance. It was promising and they were waiting for more results.

“And then the results came in and the results were not good. The results actually showed that hydroxychloroquine is no different than doing nothing in terms of protecting patients from dying and because of that the FDA actually took steps to remove it from the Emergency Use Authorization,” he said.

The Centers for Disease Control and the Food and Drug Administration now advise doctors against giving hydroxychloroquine to COVID-19 patients in combination with a few other drugs.

So why is there so much confusion and controversy over its use? 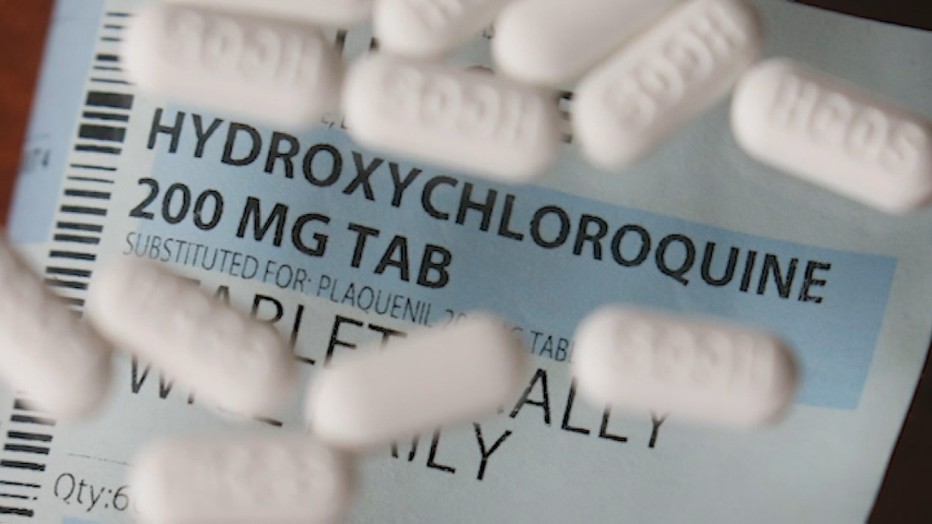 Earlier this week, President Donald Trump shared a video on Twitter promoting claims that the anti-malaria drug is an effective treatment for COVID-19. Twitter deleted the video as false and misleading and suspended Donald Trump Jr.’s account for sharing it.

The controversial video features Dr. Stella Immanuel, who is a primary health physician from Houston. She said she has been using hydroxychloroquine in her practice and called it a cure. She also said masks and lockdowns are unnecessary.

Dr. Immanuel has raised eyebrows in the past for saying women have medical issues for having sex with demons and witches in their dreams and that people use alien DNA on humans. Some of those messages are posted across YouTube.

“If people are like me, they probably don’t like to be told what to do by somebody that they don’t know. And that makes sense. So they are looking around on the internet trying to find these different solutions. The people that are making videos like this haven’t been reading the literature or maybe don’t know what they are doing. I’m not sure which of those two is true. But I think it comes down to what truth means,” Dr. Neuman said.

A recent observational study found that hydroxychloroquine lowered mortality rates for patients hospitalized with COVID-19. But in multiple clinical trials, the drug was not found to be beneficial.

“In science, the point is we have to be really, really careful. That is our job. And we can’t just answer questions based on what we think, scientific questions. They have to be answered with statistics and not statistics of the number of people that died or something like that. The branch of science that actually deals with uncertainty, you have to be able to prove beyond a reasonable doubt which is what juries are always supposed to do. But you have to do it with mathematics in order for something to be scientifically valid. And hydroxychloroquine, it is not,” Dr. Neuman said.

Doctors need to be able to prove with near 100% certainty that a treatment will actually help and not just one person but everybody, he said.

With regards to masks, Dr. Neuman said science supports their effectiveness. They’re even supported by what he calls Texas science.

“There was a big study out of Texas A&M that was actually the first one to definitively show that masks reduce transmission rather dramatically,” he said.

He pointed to a video that shows people doing things like counting to ten, coughing and sneezing without a mask and with various types of masks.

“The difference is stark and you can see it right there,” he said. “Masks definitely work and are the best, most important tool in fighting this thing until we have some kind of wonder cure come down the road.”

The president has since shared more than a dozen tweets defending hydroxychloroquine and criticizing Dr. Anthony Fauci, the nation’s leading expert on infectious diseases.

Dr. Fauci responded by saying he will not let the attacks stop him from doing his job.

Dr. Neuman encouraged people to trust in science and research rather than opinions on the internet.

“I think there is still room for a miracle cure. There’s still room for hope and for something we aren’t even expecting to come through. But I don’t think we are going to find it by keeping flipping over the same rock or looking in the same drawer for our car keys. That’s what we’re doing here and it’s ultimately not moving forward. It’s just staying in the past,” he said.