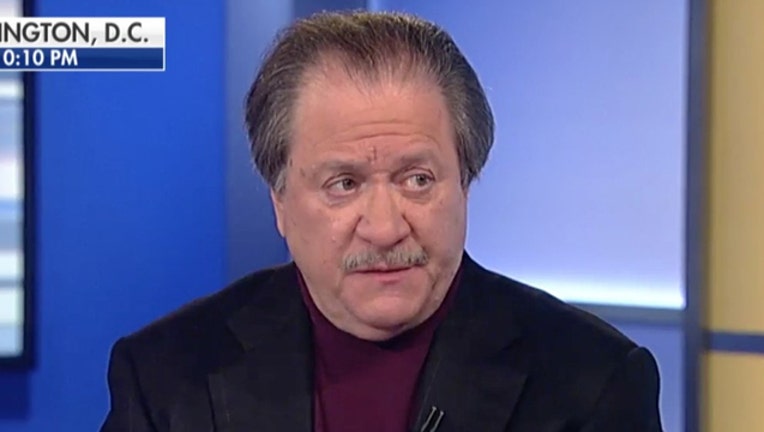 WASHINGTON (AP) - A lawyer who has suggested that FBI officials were part of a "brazen plot" to exonerate Hillary Clinton and frame Donald Trump has been added to the president's legal team.

Joseph diGenova, a former United States attorney in the District of Columbia and a frequent television commentator, will join the team at a sensitive moment as Trump's lawyers weigh whether to make the president available for an interview with special counsel Robert Mueller and under what terms.

He will work alongside attorneys John Dowd and Jay Sekulow, who said in a statement Monday that he was confident that diGenova will "be a great asset in our representation of the president." Mueller is investigating potential coordination between Russia and the Trump campaign and possible obstruction of justice by the president.

DiGenova, who will start later this week, declined to comment to The Associated Press on Monday.

Though the White House and Trump legal team has spoken publicly of its cooperative relationship with Mueller's office, that rapport appeared frayed over the weekend when Dowd said that Deputy Attorney General Rod Rosenstein - who appointed Mueller and oversees his team of prosecutors - should "bring an end" to the investigation.

Dowd said he was speaking for just himself, but his emailed statement appeared to reflect the frustration of the president, who lashed out at the investigation in a series of weekend tweets, including one in which he mentioned Mueller by name.

As Mueller seeks an interview with the president, the addition of diGenova could signal a more combative stance, if past comments are any indication.

In a January interview on Fox News, for instance, he said that anti-Trump text messages exchanged between two FBI officials who were once on Mueller's team reflect a "brazen plot to illegally exonerate Hillary Clinton, and if she didn't win the election, to then frame Donald Trump with a falsely created crime.

"Everything that we have seen from these texts, and from all of the facts developing, shows that the FBI and senior (Justice Department) officials conspired to violate the law and to deny Donald Trump his civil rights," he added.

The addition of diGenova was first reported by The New York Times.