Members of Congress visited border facilities near Hildalgo Wednesday to urge support for a bipartisan bill aimed at solutions to the border crisis.

Members of Congress visited border facilities near Hildalgo Wednesday to urge support for a bipartisan bill aimed at solutions to the border crisis.

Some Texas lawmakers are pushing for legislation that would create four processing centers to help with the influx of migrants.

Their plan would also increase staffing for immigration judges and border patrol.

"We want our border to be back open again to legitimate trade and traffic," Republican Senator John Cornyn said.

Cornyn visited the border Wednesday, along with Arizona Democrat Sen. Krysten Sinema and other Texas representatives from border communities, to push for bipartisan solutions to the migrant surge crisis.

"Things are spiraling out of control. The number of apprehensions, the number of sex offenders that are coming through. Over 1,200 folks with different records, it’s very frightening," Rep. Tony Gonzales said. 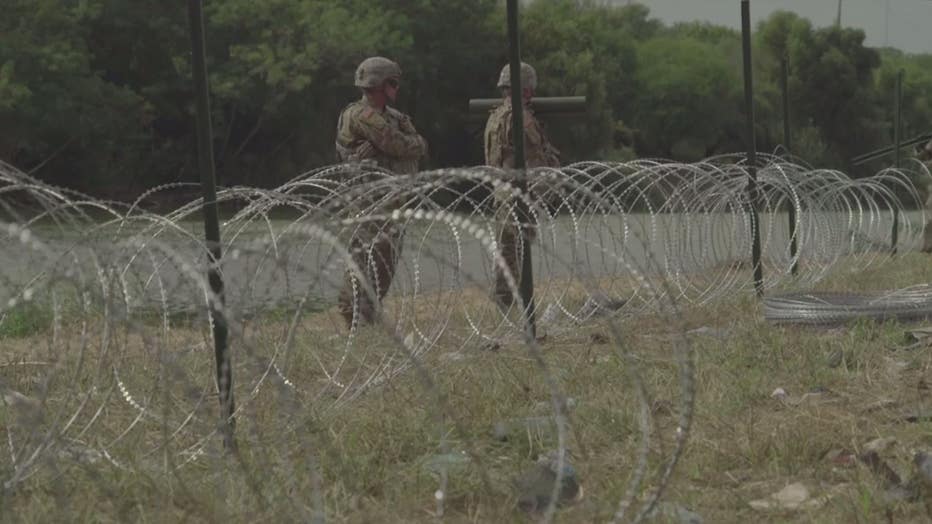 "Unless we come up with an alternative plan, or a transition plan, we’re going to see conditions get even worse and perhaps lose control of what’s happening at the border. We cannot let that happen," Sen. Cornyn said.

The group has been working on the Border Solutions Act.

Part of the bill would speed up court hearings for immigrants seeking asylum.

Currently, lawmakers say asylum cases are assigned court dates several months or more down the line and less than half actually show up.

"When you do that, those who have claims that are valid then receive paperwork that allows them to remain in the United States forever with a path to citizenship," Sen. Sinema said.

And the bill would allow the federal government to track unaccompanied minors after they leave detention facilities.

"Our legislation ensures that when children are placed with sponsors around the country, that these are individuals who are known to not have criminal records, who are not abusers," Sen. Sinema explained.

A spokesperson for the department said in response: "We are assessing the Texas directive concerning licensed facilities providing care to unaccompanied children and do not intend to close any facilities as a result of the order."

The Border Solutions Act has been referred to the Senate Judiciary Committee, but there hasn’t been much movement forward on it since it was introduced in April.