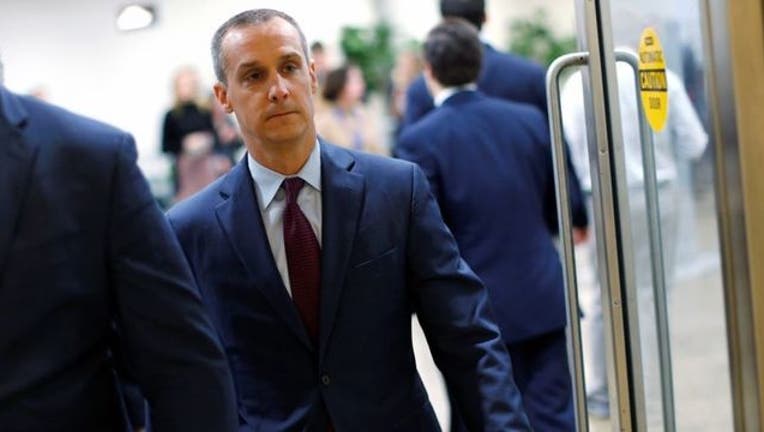 WASHINGTON (AP) - The top Democrat on the House intelligence committee said Thursday that he wants to question a Lebanese-American businessman who is cooperating with special counsel Robert Mueller's investigation.

Rep. Adam Schiff of California told reporters he would like George Nader to appear before the panel and for another witness, Erik Prince, to return for additional questioning to clear up seemingly inconsistent accounts about meetings last year in the Seychelles that also involved a Russian banker with ties to the Kremlin.

Nader was approached by law enforcement at an airport in January and has agreed to cooperate with Mueller's investigation, testifying last week before a grand jury Mueller has been using in Washington, according to a person with knowledge of the probe who was not authorized to discuss it on the record and spoke on condition of anonymity.

Among the things Mueller's office has been interested in hearing about from Nader are the January 2017 conversations in the Seychelles, an archipelago in the Indian Ocean.

The Washington Post reported Wednesday night that Mueller's office was told the Seychelles meetings were part of an attempt to establish a back channel between the Trump administration and the Kremlin. Prince, who founded the Blackwater private security firm, said in an interview with the House intelligence committee that there was no effort to set up a back channel and that he was not representing the Trump administration while in the Seychelles.

On Thursday, Schiff said he wanted the committee to hear from both men to "determine which account is accurate."

"This has obviously been a recurrent issue during the investigation - whether there were meetings designed to set up secret back channels," he said.

Meanwhile on Thursday, President Donald Trump's former campaign manager Corey Lewandowski again refused to answer some questions as part of the House intelligence committee's Russia probe, becoming the latest in a string of witnesses to balk at some of the panel's inquiries.

Lewandowski's second visit to the panel ended after about three hours. Lewandowski appeared angry as he left the meeting, telling reporters as he walked out of the Capitol that his two interviews with the panel were "12 hours of my life I'll never get back."

Minutes later, Schiff said that Lewandowski refused to answer questions about conversations he had with Trump or other White House officials after the day Trump was elected. Lewandowski was fired during the campaign, and has held no official positions in the White House. But he has talked frequently to Trump and others in his administration.

"Witnesses don't get to pick and choose when it comes to very relevant testimony to our investigation," Schiff said.

Democrats and Republicans on the committee have openly argued over their Russia investigation's scope and how long it should last. Republicans have been more lenient with witnesses and have said they want to wrap up the probe soon. Democrats have called for multiple subpoenas and say it is far from done.

The committee did issue a subpoena against Bannon in January after he refused to answer questions about the time after the election. Bannon returned to the committee and again refused to answer most questions, but it's unclear if the Republican House leadership will hold a vote on whether he should be held in contempt.

Hicks answered questions in an interview last week but declined to say anything about her time in the White House, saying she had been advised not to. Republicans did not issue a subpoena, despite Democratic requests.

Schiff said lawmakers had hoped to ask Lewandowski about the firing of former FBI Director James Comey and whether Trump talked to him about possibly firing special counsel Robert Mueller, among other things. Lewandowski and his lawyer said those questions were not "relevant," Schiff said.

At his first interview in January, Lewandowski had a different response, that time saying he was not "prepared" to answer those questions. Republicans declined to issue a subpoena as they had with Bannon, but called him back a second time to question him again. Schiff said Thursday they should now subpoena Lewandowski, but Republicans haven't signaled whether they will do so.

The House panel is one of several congressional committees probing Russian meddling in the 2016 election and whether Trump's campaign was involved. The Senate judiciary and intelligence panels are also investigating.