Crews are removing a large Confederate monument in Downtown Dallas. The central piece of the memorial in Pioneer Park near the Kay Bailey Kitchison Convention Center is 60-feet tall.

DALLAS - Workers removed the largest part of a Confederate monument in Pioneer Park Cemetery in Downtown Dallas on Wednesday.

City leaders voted last year to remove the monument which is in sight of the Kay Bailey Hutchison Convention Center. A lawsuit prevented them from moving forward with the plan.

Earlier this month, the 5th District Court of Appeals gave the city the okay to remove the monument and put it in storage.

The city had put metal fences and barriers around the monument because of worries that protesters would try to deface or damage it. 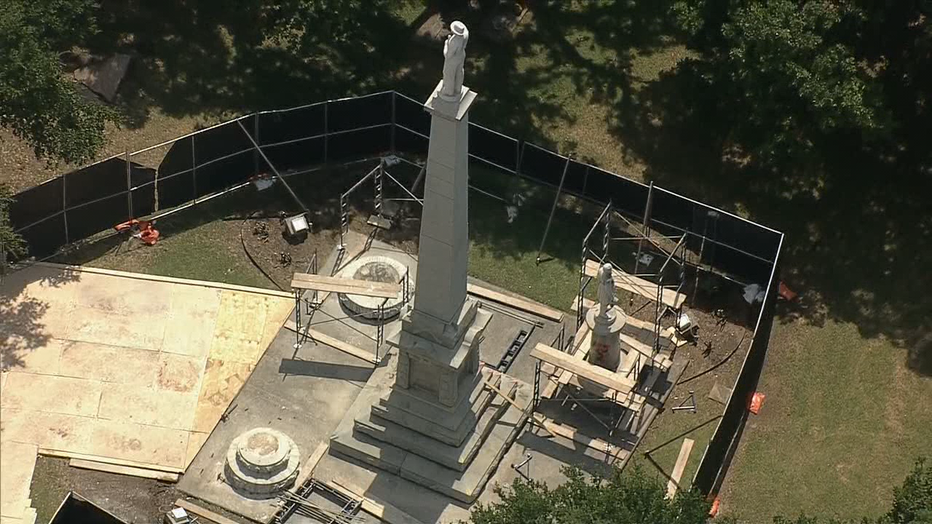 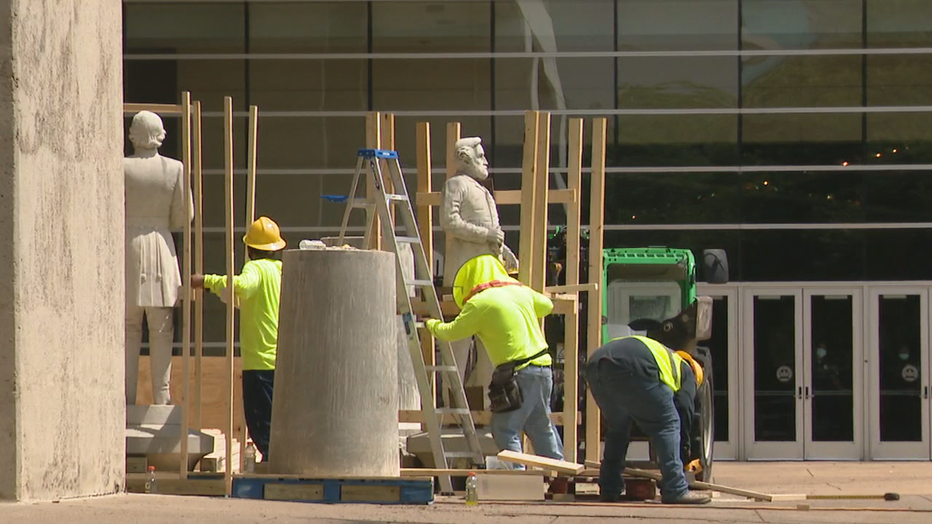 Workers began removing the statues that surround the centerpiece earlier this week. On Wednesday, they pulled down the central piece of the Confederate memorial that is 60-feet tall.

The full removal is expected to take about two months and cost $400,000.

Some of the funding for the removal comes from the sale of the Confederate Gen. Robert E. Lee statue that was removed from Lee Park and sold at auction last year for $1.4 million.

The city has not yet decided what to do with the Pioneer Park Cemetery monument.