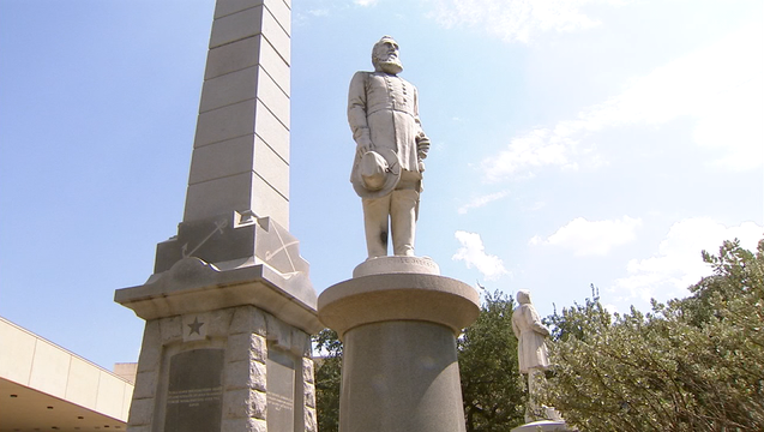 DALLAS - An appeals court ruling will now allow the city of Dallas to remove a Confederate monument from Pioneer Park, next to the Kay Bailey Hutchison Convention Center.

“Our city needs to move forward together. The court’s ruling will help us do so,” Dallas Mayor Eric Johnson said.

Last year, the Dallas Landmark Commission voted to remove the monument, but a lawsuit put that removal on hold.

Friday's ruling by the 5th District Court of Appeals dissolved the temporary injunction, and now allows for the removal of the monument. 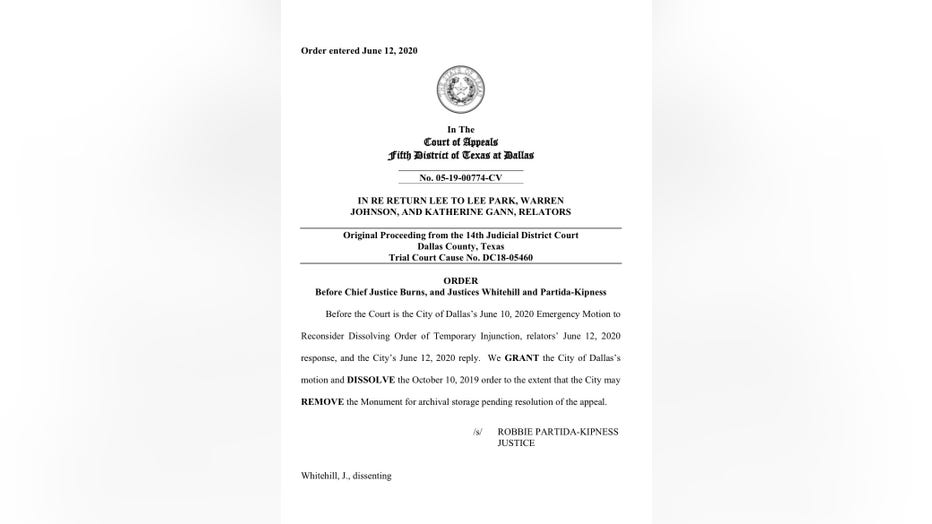 The monument will be put into storage, but it's not yet known how soon that will happen. It will cost an estimated $480,000 to remove the memorial.

The city had put metal fences and barriers around the monument because of worries that someone may try to deface or damage it, possibly putting themselves in danger.

It's unclear what the future plans are for the monument.

Last year, a monument of Confederate Gen. Robert E. Lee sold at auction for $1.4 million after being removed from Lee Park.

Some of that money is expected to be used to remove the Confederate monument from Pioneer Park.

Hundreds of protesters blocked the streets on Harry Hines Boulevard to call for equality and change Saturday.

Some protesters said it’s just the beginning of the change needed in Dallas.

“The change I want is just equality, I don't want to be scared when I get pulled over,” Kendrick Ghant said.

Some of those protesting have turned their attention to another issue, the removal of Confederate statues and memorials.

Her group planned to protest in Pioneer Park, but moved it to a location near Victory Park after they said they received threats.

Some said they were there to "protect people" who support the Confederate memorial.

Some protesters said the statue issue is not a priority.

“It doesn't bother me to see that. I stand for what I stand for. I tell my kids what it means, and as long as my kids have the education, then it should be ok,” Ghant said.

​But around the country, momentum has shifted.

Several Confederate statues have been removed in other states, and soon, the Confederate monument in Dallas will be gone.