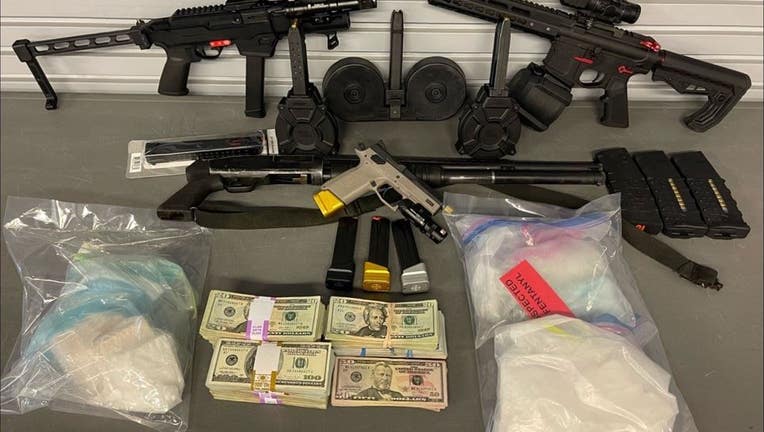 More than 2,000 grams of pure, uncut Fentanyl was seized from a home on September 6.

Authorities said this Fentanyl was capable of more than 1 million fatal doses.

Along with the Fentanyl, authorities seized four guns, three vehicles, and more than $48,000 in cash.