A woman has been arrested after being linked to a Lewisville retirement home theft.

GARLAND, Texas - A woman has been arrested after being linked to a Lewisville retirement home theft.

Police say she stole from the elderly while pretending to administer a follow-up COVID-19 test.

Police say they are trying to figure out how long she may have been doing this, but Garland police say she committed a similar crime in September and has been pawning the jewelry she stole.

According to police, Calhoun told the resident she needed to collect a urine sample and used the distraction to steal more than a thousand dollars’ worth of jewelry from the resident’s apartment. 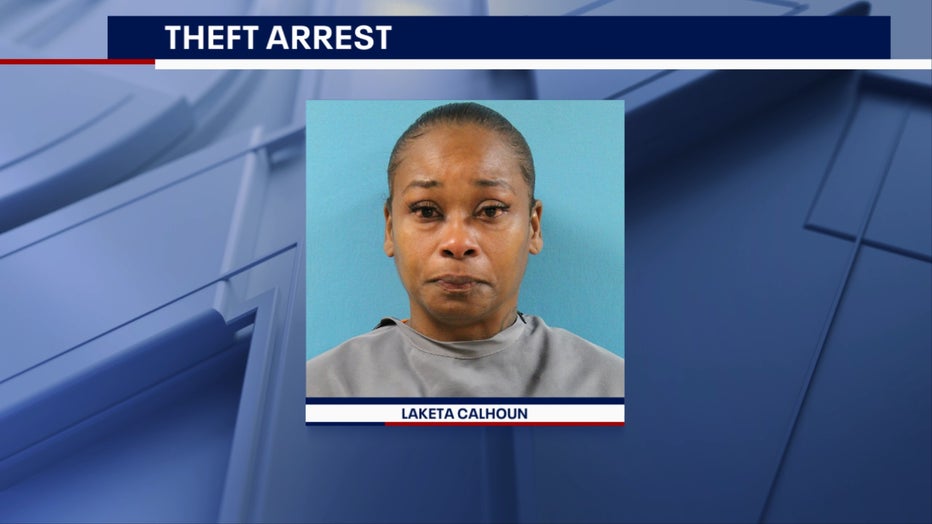 Lewisville police say Calhoun works for Medical Lab Partners and used a similar story to distract multiple residents at Discovery Village at Castle Hills in Lewisville last week, telling residents there they needed to be retested for COVID-19.

Garland police say they were able to identify Calhoun through a pawn shop where she pawned some stolen items.

“We have a database in which we look into pawn shops and see if there were any kind of property that had been pawned there,” said Garland Police Officer Felicia Jones. “That’s how we were able to locate her on video pawning property that did belong to our victim.”

Lewisville police say Calhoun has confessed to the crimes she committed at Discovery Village.

One of the victim’s grandson says his family was able to help police identify one of his grandmother’s anniversary rings from a local pawn shop, but they fear the rest of the jewelry that was stolen is gone.

Reps for Medical Lab Partners say Calhoun was fired last Thursday when police contacted them about the thefts.