A partnership between KIPP Charter Schools and Paul Quinn College will introduce hundreds of high school students to the college experience.

DALLAS - A partnership between KIPP Charter Schools and Paul Quinn College will introduce hundreds of high school students to the college experience.

Friday's ribbon cutting made Kipp Oak Cliff Academy the first of its kind to be located inside a historically black college or university.

The high school students will attend class in a totally separate building from the Paul Quinn College students, although they will share some campus amenities, such as a new turf field.

KIPP students and staff are excited about their new digs, but the move was met with resistance from some within Dallas ISD, at least initially.

It's a move two years in the making. 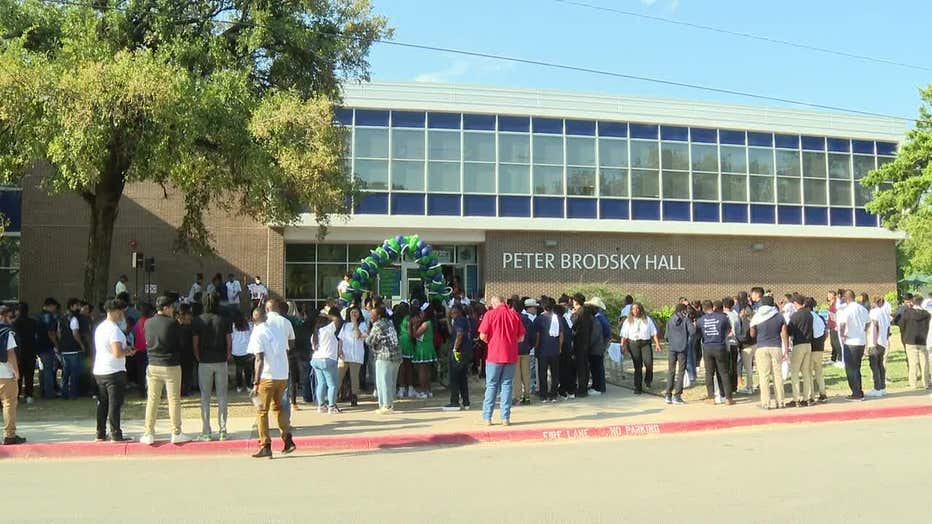 KIPP Oak Cliff Academy is now open at its new and improved building on the Paul Quinn College campus.

"It has been a journey to get here," KIPP Texas CEO Sebha Ali said.

A journey that was initially met with pushback from the Dallas ISD trustee whose district covers a large part of southern and western Dallas.

"Academically, we are outperforming KIPP," Maxie Johnson said back in 2020.

Johnson spoke out against the proposed move to the college campus back in 2020.

At the time, KIPP had a D grade rating from the state, raising concern about the broader impact on DISD schools.

"We do not need any more failing institutions in our area," Johnson said in 2020.

But that's no longer the case.

In the 2022 TEA accountability ratings released last month, KIPP Oak Cliff Academy was given a B rating.

"With 97% of them graduating high school, a mark which is 23% higher than the national average," KIPP Texas Regional Superintendent for DFW, Eric Coleman, said.

The high school is located inside of a standalone, renovated building on campus that is separate from the college students.

A major upgrade from their previous school located inside a strip plaza.

Vann believes students will continue to flourish now that they have room to grow, both inside the building and out.

FOX 4 reached out to Johnson to see if he still feels the same way about KIPP Academy now that their rating is up, but hasn’t heard back.

A KIPP spokeswoman said any student who successfully graduates from KIPP Oak Cliff Academy will be automatically accepted to Paul Quinn college.