People in Southeast Oak Cliff are sounding the alarm about plans to put a charter school on the campus of Paul Quinn College.

DALLAS - People in Southeast Oak Cliff are sounding the alarm about plans to put a charter school on the campus of Paul Quinn College.

They argue the area is already saturated with charter schools that are low performing.

While KIPP Academy argues that moving their school to Paul Quinn College would expand educational opportunities for southern Dallas, a Dallas ISD trustee argues their current campus is low performing.

KIPP Academy has plans in the works to move its temporary campus that is currently in a shopping center at Lancaster Road and Kiest Boulevard to the campus of Paul Quinn College. 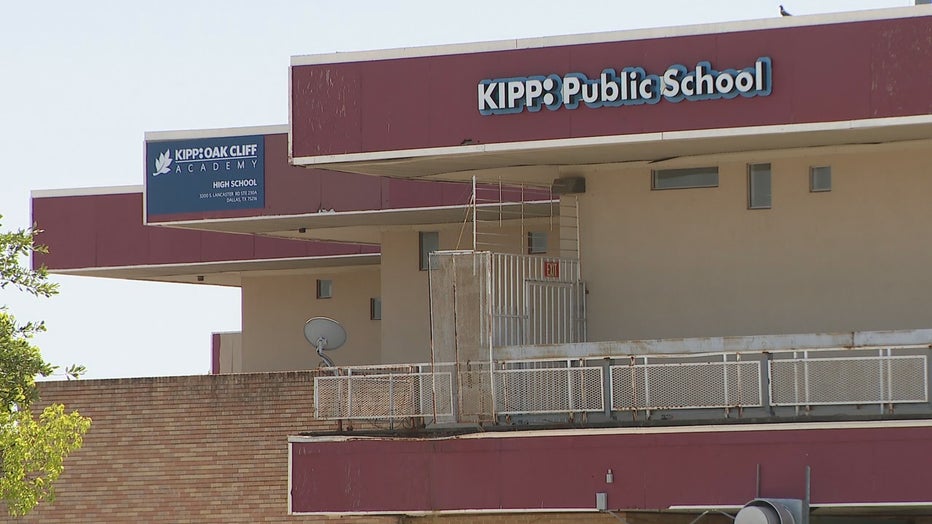 But Dallas ISD Trustee Maxie Johnson is against the proposal that would expand what he calls a low performing school.

Dallas ISD Superintendent Dr. Michael Hinojosa said the district is not afraid of competition from charter schools. But he said charters are taking away badly needed per-student funding for traditional public schools.

“We have lost over 1,000 students a year each year,” he said. “This is an issue of market share. It's not that we don't offer high-quality options. We do.”

South Oak Cliff High School Principal Willie Johnson Jr. says his school is forced to catch students up who come back from charter schools behind.

“Students who come back to my campus are students who struggle,” he said. “Consistently. Not every other year. Every year.”

Anthony Smith, regional superintendent for KIPP Texas Dallas-Fort Worth says they are close to turning a corner at their South Oak Cliff campus, which last earned a D ranking from the state.

Smith says their students have been asking for a new location. The Paul Quinn campus would enable KIPP to allow students to take college classes while in high school.

“We have a unique opportunity to do extraordinary work,” he said. “If you don't want to attend, you don't have to attend. No one is moving in and saying we're going to close down your school and open this school. This is about choice.”

KIPP Academy does not need any city approval to move forward with its campus on Paul Quinn College. It just needs to finalize an agreement with the school.

The academy will pay Paul Quinn rent and has plans to invest millions in a new campus within the campus at a later time.