28-year-old Coleman Thomas Blevins was arrested on Friday, May 28 on a charge of terroristic threat to create public fear of serious bodily injury.

KERRVILLE, Texas - Authorities say they have arrested a Kerrville man who had been planning a mass shooting.

The Kerr County Sheriff's Office says its Special Operations Division has been working with state and federal officials regarding a man believed to be a threat to national security.

28-year-old Coleman Thomas Blevins was arrested on Friday, May 28 on a charge of terroristic threat to create public fear of serious bodily injury. 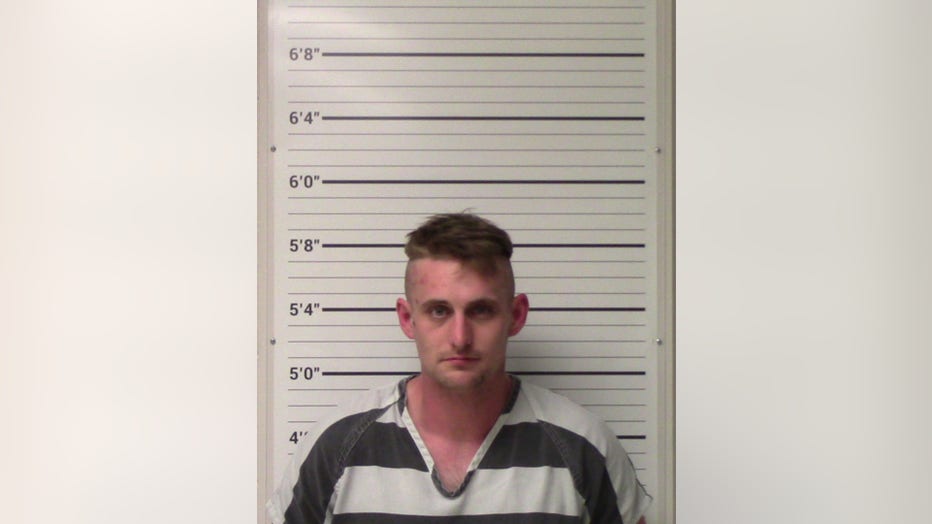 KCSO says that investigators spoke with Blevins, who reportedly confirmed his affiliation and networking with "extremist ideologies".

A message intercepted on May 27 reportedly indicated Blevins was preparing to proceed with a mass shooting, making a specific threat that included Wal-Mart. KCSO says investigators worked with the FBI to confirm that he was capable of following through with the threat and moved to immediately arrest him.

A search warrant executed at his home revealed firearms, ammunition, electronic evidence, concentrated THC, and radical ideology paraphernalia, including books, flags, and handwritten documents, which were all seized. KCSO says that Blevins is currently on active felony probation and is prohibited from possessing firearms.

Blevins was booked into the Kerr County Jail on a $250,000 bond, where he remains at this time.

KCSO says that the FBI or other federal authorities may seek federal charges in this case.