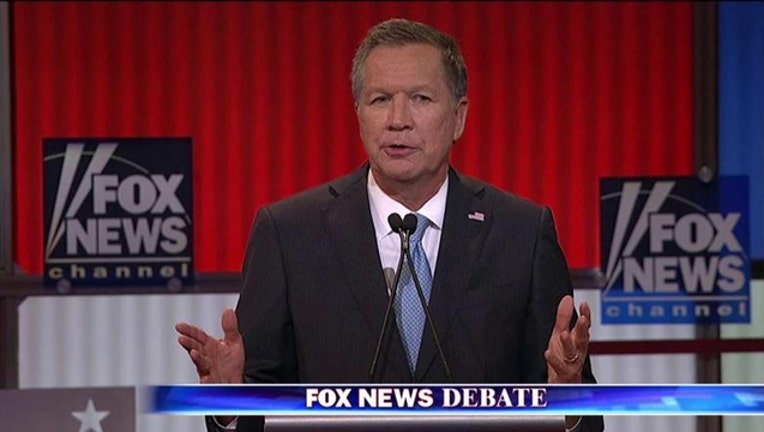 CONCORD, N.H. (AP) — John Kasich criticized his opponents' visions for America in a lengthy speech Tuesday in New York where he is campaigning a week before the state's crucial primary.

Kasich told a room full of supporters in midtown Manhattan that the state's Republican primary is offering two paths for voters: One that "exploits anger, encourages resentment, turns fear into hatred and divides people," versus the other, which promotes unity and offers real solutions to the nation's problems. He did not mention his Republican rivals by name, but made clear he was referring to front-runner Donald Trump throughout much of his speech.

"This path solves nothing, demeans our history, weakens our country and cheapens each of us," he said of his rival's approach. "It has but one beneficiary and that is to the politician who speaks of it."

Earlier Tuesday in an interview with CBS News, Kasich said there is "zero chance" he would be Trump's running mate.

Kasich is running a distant third to the businessman and Texas Sen. Ted Cruz in the hunt for delegates and early preference polls show Trump leading his opponents in delegate-rich New York, which holds its primary on April 19. Kasich, the current governor of Ohio, has stepped up criticism of Trump in recent months, slamming him for creating a "toxic" political environment, and has hit Cruz for promoting policies that are unachievable.

Both Cruz and Trump have called on Kasich to exit the race, arguing that his persistence benefits the other.

In his speech, Kasich suggested his rivals are exploiting Americans who "yearn for the way things used to be" by blaming the nation's problems on people with more or less money, different religious beliefs or a different skin color.