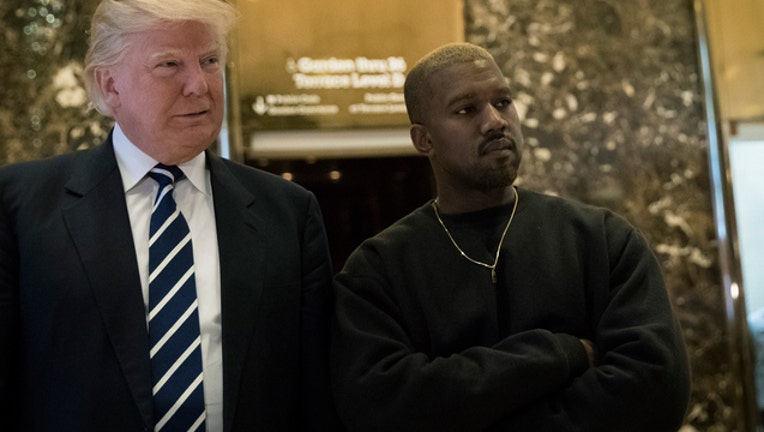 NEW YORK (FoxNews.com) - Kanye West delivered an impromptu speech defending his support for President Trump at the end of his “Saturday Night Live” appearance, receiving boos from the audience and causing some of the cast members to shake their heads in disapproval.

West, wearing a “Make America Great Again” hat, ended his season premiere guest spot on the show with the performance of “Ghost Town.” But instead of just thanking the audience and walking off stage, the rapper went on a political rant after the broadcast ended. Clips posted by audience members, including comedian Chris Rock, captured the speech.

“I wanna cry right now, black man in America, supposed to keep what you’re feelin’ inside right now…” West says with a melody playing in the background. “The blacks want always Democrats…you know it’s like the plan they did, to take the fathers out the home and put them on welfare… does anybody know about that? That’s a Democratic plan.”

In another clip West continues, “There’s so many times I talk to a white person and [they] say, ‘How could you like Trump, he’s racist?’ Well, if I was concerned about racism I would’ve moved out of America a long time ago.”

He once again pledged to run for president in 2020 and called for a “dialogue, not a diatribe” in order to have events change in the future. He ended the speech by thanking the show “even though some of y’all don’t agree,” Variety reported.