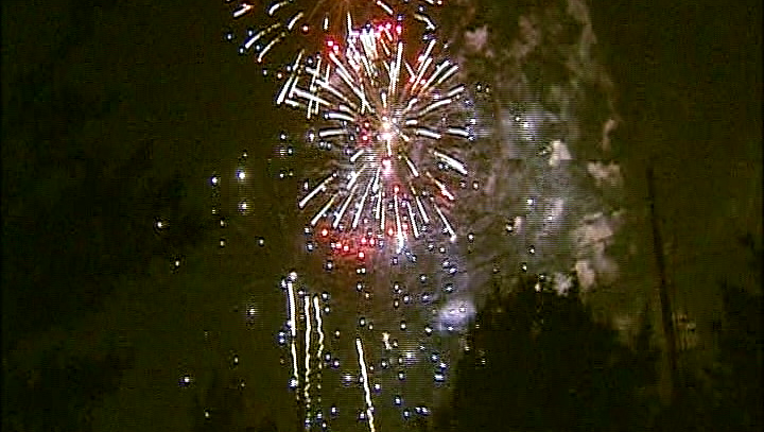 ADDISON, Texas - The largest Fourth of July fireworks show in Texas will light up the sky this summer with the return of the in-person festivities that were canceled in 2020.

Addison Kaboom Town organizers said this year’s event will be bigger than ever and will feature even more fireworks than in past years.

But because Addison Circle Park will have a limited capacity, people will be encouraged to join a watch party at one of Addison’s more than 180 restaurants and 22 hotels.

"The fireworks and the incredible new Addison Airport Freedom Flyover can be seen from anywhere in town," organizers said in a release.

The in-person event portion of the Kaboom Town was canceled in 2020 due to social distancing concerns. The fireworks show was streamed live from a remote location.

This year, concessions stands and several concerts will return to Addison Circle Park before the 25-minute long firework show.

But everyone entering the park on July 3 must have a ticket, which will be available for free on a first-come, first-serve basis beginning in June.

People who purchase an Addison hotel package will receive guaranteed admission to the park for up to six people, plus a complimentary blanket to watch the show, organizers said.