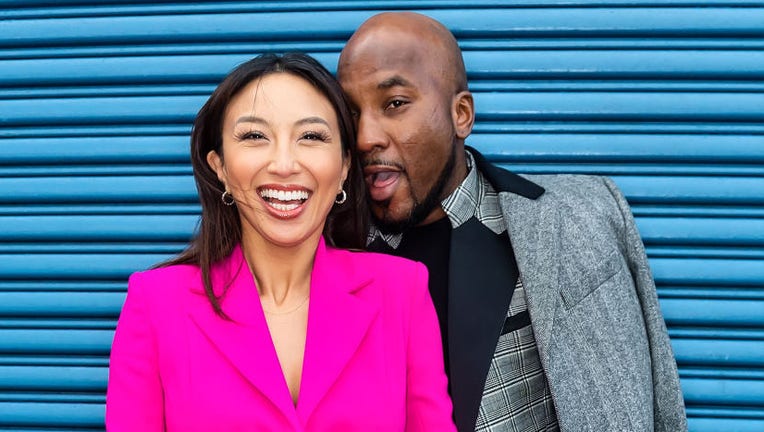 LOS ANGELES - Jeannie Mai Jenkins, "The Real" co-host and stylist, has announced the birth of her first child with husband and rapper Jeezy.

"I asked God for a life of love and happiness. He sent me my family," Mai Jenkins wrote in an Instagram post on Tuesday. "Baby Jenkins is here."

Mai Jenkins, 43, posted a photo of the newborn’s blanket in a hospital bassinet but did not share any other details, such as the child’s name or sex.

Most popular baby names of the 2010s

The couple announced their pregnancy news in September, even revealing her bump during an episode of her daytime talk show "The Real" on FOX. That same month, the television personality told Women’s Wear Daily that she and Jeezy — whose real name is Jay Wayne Jenkins — were planning to keep the sex a surprise.

"That makes things more exciting rather than defining the baby with pink skirts or blue corduroy shorts," Mai Jenkins told the outlet.

The couple tied the knot in March of 2021. In a YouTube video shared in October, Mai Jenkins recalled that they had started trying for a baby about a year before getting married, and she previously experienced a miscarriage.

"This was really shocking because I experienced all of the things that women feel when you work so hard to create something but it doesn’t work out for you, and you feel at blame," Mai Jenkins said in the video, which was recorded when she was about 5 months along with her new baby.

Mai Jenkins added that it connected the pair as a couple because they were more prepared for "the good and the worst."

"I went for about two weeks, doing the shots with Jeezy and preparing for it," she said in the video. Mai Jenkins went on to share that a doctor soon called and informed the couple that they were expecting — but it had actually happened naturally.

She later told Women’s Health in October that the news was "the most beautiful sign that anything's possible, that you're not in control, and God has a plan."

"Being a mom is hands down the hardest role in the entire world," Mai Jenkins told the outlet at the time. "Now that we're bringing another Jenkins into the picture. I have no idea what to expect."

Jeezy, who was already a father of two children, "is an amazing dad, [and it] overwhelms me with even more love," she said.

This story was reported from Cincinnati. This station is owned by the FOX Corporation.