Even with the destruction and devastation after a powerful EF-3 tornado ripped through the town of Jacksboro, the high school’s baseball and softball teams continued Wednesday — thanks to the help of a town that was also impacted by tornadoes.

JACKSBORO, Texas - Even with the destruction and devastation after a powerful EF-3 tornado ripped through the town of Jacksboro, the high school’s baseball and softball teams continued Wednesday — thanks to the help of a town that was also impacted by tornadoes.

Parents and community members made the 30 miles drive up to Bowie to support the baseball and softball teams.

As the Jacksboro community continues to recover, people said they wanted to take their mind off the devastation. To many, sports is seen as an escape or a unifier, especially during times of struggle.

Two days after the EF-3 tornado ripped through Jacksboro and damaged the high school and elementary school, high school leaders decided to play their games at Bowie High School instead of canceling Wednesday night’s softball and baseball games. 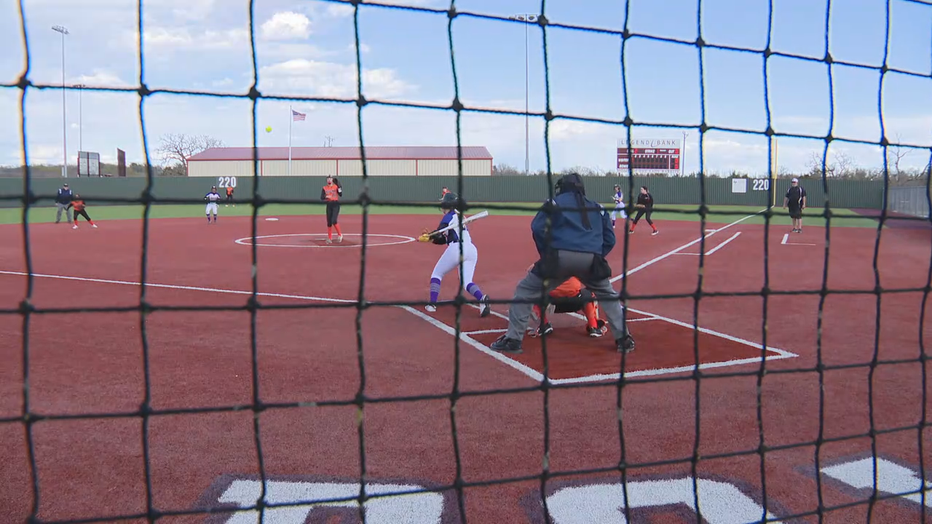 Two tornadoes from Monday night's outbreak also hit the Bowie area, but the schools and facilities there were spared.

Donna Murphy, a Jacksboro elementary teacher, was among those supporting players Wednesday night.

"I was at the elementary school when everything was going on. It was very surreal," she said.

Donna's granddaughter is on the softball team. She’s worked at the elementary school for the last four years. She helped keep children safe and tried to keep them calm.

"I was at the front of the building so the wind was really strong," she recalled. "The door that was pulled down was just shaking. One of the parents was holding the door." 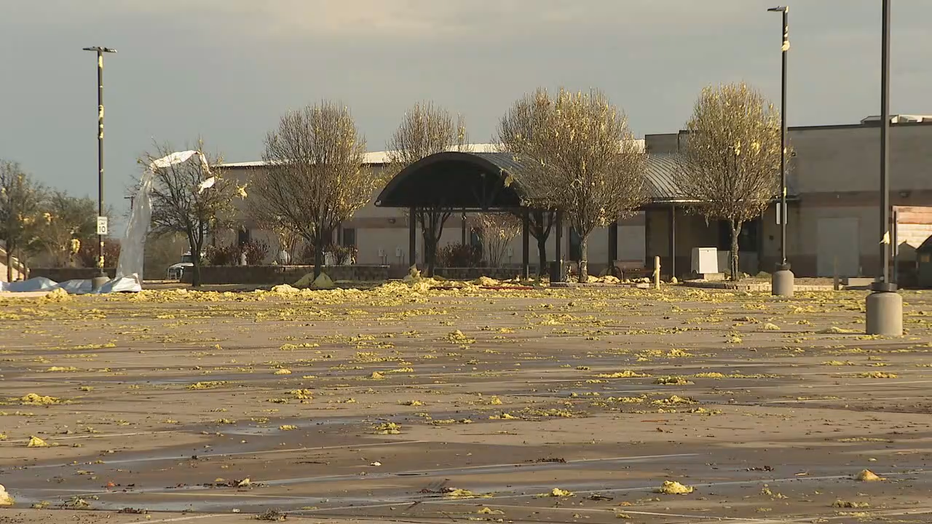 "It’s a good distraction for the kids to keep their minds off of what happened in Jacksboro," he said. "Just being able to support the team, help them through this. Its traumatic, especially for young people."

Carolyn McComis' grandson was at baseball practice right before the storm hit the school’s gym.

"I am glad they are able to play tonight so quickly after the storm," she said. "It’s a bounce back."

While the outcomes of the games were important, the night was to show more than how well Jacksboro could hit or pitch. It was about showing strength and supporting a community, recovering from disaster.

"God protected us, and we have an incredible community," Mike said. "The support since then, meals, helping out anyway they can."