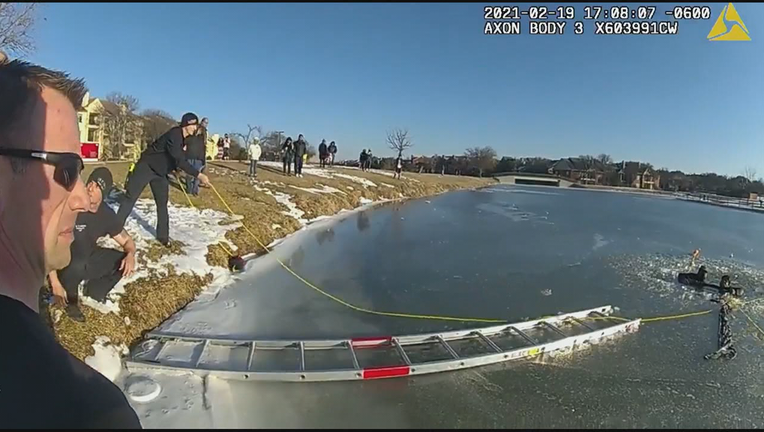 It happened on Friday as the couple and their two children were walking around the lake at Thomas Jefferson Park.

The woman apparently tried to walk on the ice and fell into the water. Her husband fell in trying to reach her.

A firefighter and a police officer who were trying to reach them with a ladder also ended up in the water after the ice broke.

Thankfully they all made it to dry land.

The husband and wife were taken to the hospital for treatment. They are expected to make a full recovery.

The firefighter and officer are also fine. 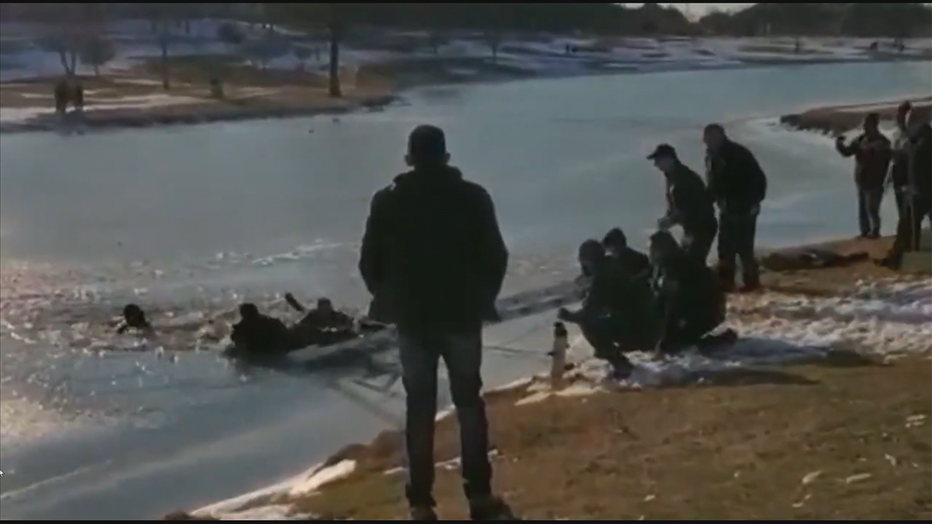