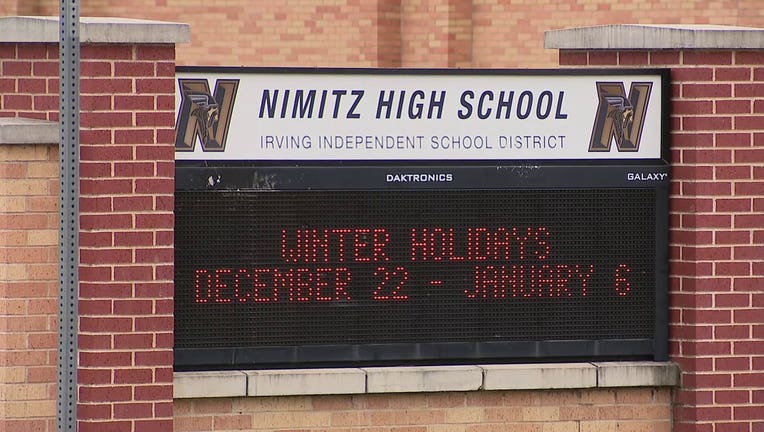 IRVING, Texas - Two people were arrested after a fight ending with gunfire in the Nimitz High School parking lot.

Irving police said it happened around noon Monday outside the school on Oakdale Road.

There was a fight and one individual fired off at least one gunshot. Fortunately, no one was hit, police said.

The school was placed on lockdown while police investigated and searched for the gunman.

Two people in the suspect’s vehicle were taken into custody a short time later.

Their names and ages have not yet been released. It’s not clear if they are students.

The lockdown at Nimitz has since been lifted and students will resume their normal day.

The school will have extra security on campus for the rest of the day as a precaution.