A 19-year-old was killed in a hit-and-run crash in Irving last month, and police are working to find the other driver involved.

IRVING, Texas - A 19-year-old was killed in a hit-and-run crash in Irving last month, and police are working to find the other driver involved.

The victim’s car crashed into a tree. Police said Joshua Reyes’ car was not speeding, but the car of the person who hit him was.

"He ate a big ol’ steak that day. That boy loved to eat all the time," the victim’s mother, Kimberly Reyes, said.

The 19-year-old may have loved to eat, but not as much as he loved spending time with family.

"He was never a bad kid, at all," his mother said. 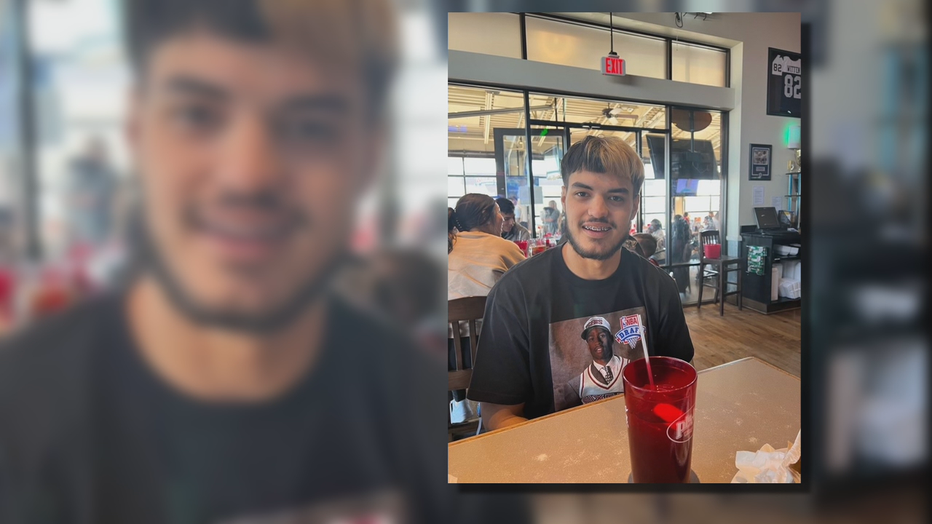 But now, Reyes’ family is working to help Irving police find the person who killed him when they crashed into his car, before running away back on June 25.

Irving police said 29-year-old Daniel Cabrera, of Grand Prairie, is the driver they intend to charge with manslaughter. 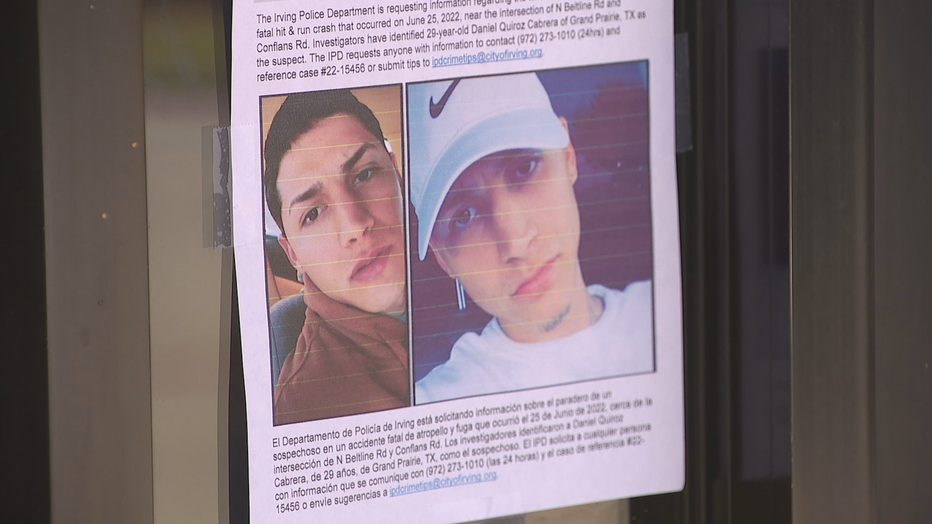 Police said Cabrera was speeding when he hit Reyes’ car from behind.

"At some point, the front left of the suspect’s vehicle strikes the back right of the victim’s vehicle. That causes the victim’s vehicle to begin to spin out and then ends up making contact with a tree there in the center median," said Irving Police Department Officer Robert Reeves.

Reyes was a front-seat passenger in his own vehicle. Two of his friends, who survived, were also in the car.

Police said Cabrera, and possibly others, got out of their red Mitsubishi Lancer after the crash and ran away. They haven’t been able to find Cabrera.

They said Reyes never missed a family function. Now, his family is organizing and hanging flyers at businesses near the crash scene. Hoping someone knows something about where Cabrera might be.

"This is very painful for us. Very painful," his family said.

Police said there was a street racing takeover event nearby at the time the crash happened and they were in the middle of busting it. They believe the suspect may have been speeding away from the illegal event.