Irving police are asking for the public’s help to solve a recent murder of a 19-year-old.

IRVING, Texas - Irving police are asking for the public’s help to solve a recent murder of a 19-year-old.

Devirea Smith was found with a gunshot wound outside Hyde Park at Valley Ranch Apartment Complex, near MacArthur Boulevard and the George Bush Turnpike.

Police want to know why Smith was there and who shot him.

It’s still unclear what led up to the shooting.

Police said they are reviewing surveillance video, but have not yet identified a suspect.

Investigators are still trying to figure out what Smith, who lives in Dallas, was doing in Irving in the middle of the night.

"So they had a person call in that said they heard a vehicle hit another vehicle, heard a loud bang," said Irving PD Officer Robert Reeves.

One resident at the apartment complex said he looked outside after he heard the crash and saw that a blue Hyundai Elantra had smashed into his truck.

He told FOX 4 that’s when he spotted Smith lying in the grass.

Police said they arrived at about 4 a.m. on Sunday, April 24, and found Smith with a gunshot wound to his torso.

"I was driving through here and I seen the cop right there, and I seen the police," said Marvin Green, who lives in the apartment complex. "They was all over there. It was blocked off." 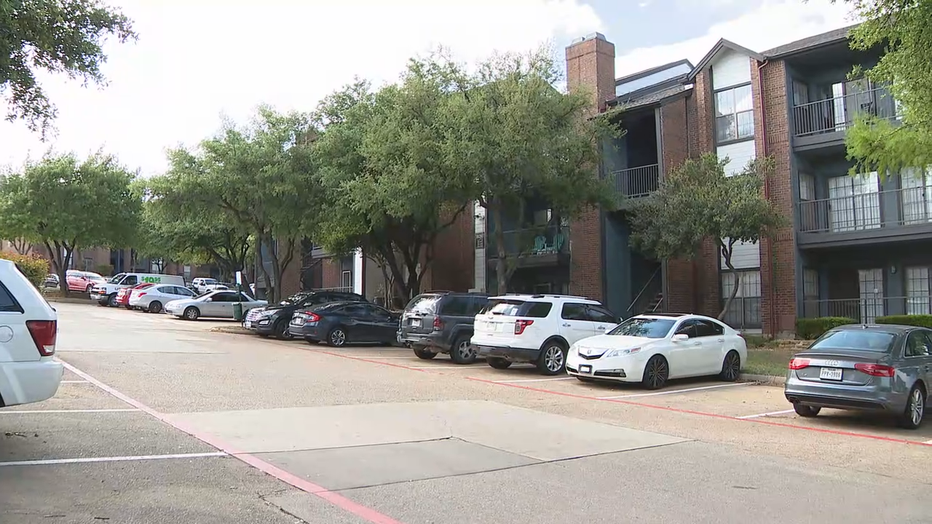 Reeves said Smith was taken to Baylor Grapevine, where he died from his injuries.

"I know Mr. Smith was not a resident of Irving. We know he was a resident of Dallas, how he got into Irving, that’s part of the investigation we’re trying to piece together," Reeves said.

Smith’s connection to the apartment complex is still unclear.

The neighbor who spotted Smith in the grass said he had never seen him before Sunday.

He added that it’s a surprise to see police activity at all in the typically quiet neighborhood.

"It’s kind of a bedroom community up there in that area, where people may go and commute to work and then come home in the evening," Reeves said.

Investigators said they did not find any kind of weapon inside of the car.

They’re hoping the public comes forward with cell phone video or information that could lead them to a suspect.