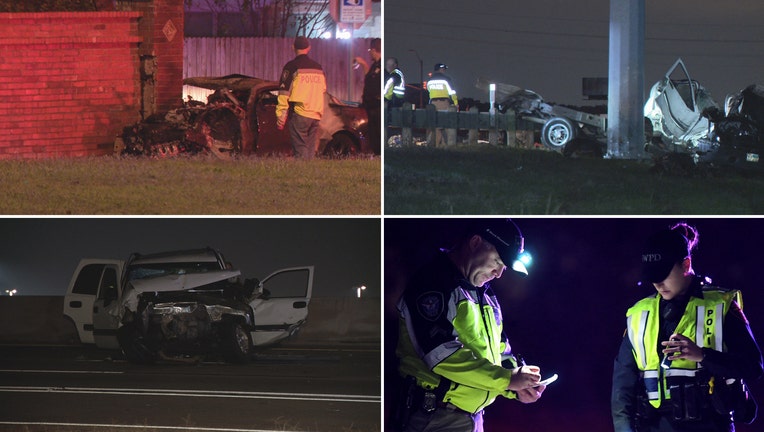 FORT WORTH, Texas - Seven people died in four separate crashes overnight in Fort Worth. They were spread out across the city.

The driver of a pickup truck also died after running into a metal pillar on Interstate 30 at Eastchase Parkway in east Fort Worth. Debris from the crash fell on the highway causing several minor accidents.

Two more people died in a three-vehicle accident at Southeast Loop 820 and Campus Drive in south Fort Worth. Two others involved in the crash were taken to a hospital with serious injuries.

And a motorcyclist died in a crash on Camp Bowie Road in west Fort Worth around 3 a.m. It was reportedly speeding when it hit a curb and crashed.