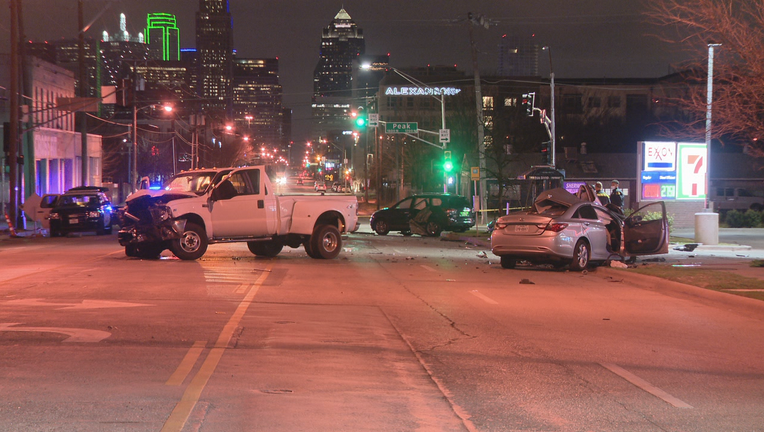 DALLAS - An innocent person died and two people are in custody after a police chase that ended with a crash in Dallas.

Grand Prairie police said they spotted a stolen vehicle and tried to pull it over early Friday morning. They chased the car to the intersection of N. Peak Street and Ross Avenue in Dallas.

Police said the driver ran a red light and hit another vehicle, killing one person. The victim's name has not yet been released.

Two people in the stolen car tried to flee after the crash but were eventually captured.

Police identified the driver as18-year-old Ramiro Sotelo. The passenger is a juvenile whose name will not be released because of his age.

Sotelo is now facing charges for murder, unlawful use of a motor vehicle and evading arrest.