Investigators filed reports with Child Protective Services twice – and say the children remained with Boles – who is bi-polar, diagnosed with schizophrenia and manic depression.

INKSTER, Mich. (FOX 2) - A haunting crime - Sara Boles is accused of slashing her own two children’s necks and choking one of them.

Officers broke through the door of the 36-year-old's Inkster home on New Year's Day, after hearing cries from the children inside a bathtub. Police had been called there for a welfare check.

"It just doesn’t make sense to me why this happened," said Inkster Assistant Police Chief Bill Ratliff. "It could have been prevented."

The 1-year-old boy was brought back to life by officers, and is still in critical condition. His sister, a 3-year-old, has been released from the hospital.

Ratliff says his investigators have been sounding the alarm about Boles to Children’s Protective Services, for years.

"Their failure to act here, certainly would have prevented this from happening," he said. "And it frustrates all of us in law enforcement.

Ratliff says that in three years, his officers have made 15 runs to the house off Grandview. Police made one run in 2018 where Sara Boles was in the road, threatening people with a saw.

Her then-6-month-old daughter was temporarily taken to the Inkster Police Department for safety.

Then, in 2020, Boles allegedly sliced her own head with razors and poured boiling water on her face.

Investigators filed reports with Child Protective Services twice – and say the children remained with Boles – who is bipolar, schizophrenic and manic-depressant.

"Unfortunately I have to go on television and be the bad guy and point out CPS failed to do what they needed to do, to prevent this from happening," Ratliff said.

Ratliff said that since 2018 the children's family has been appealing to CPS investigators to get those kids away from their mother.

"You have family members and a law enforcement agency telling you there is a problem, and it culminates with two children with their throats slashed in their own house by their own mother," Ratliff said. 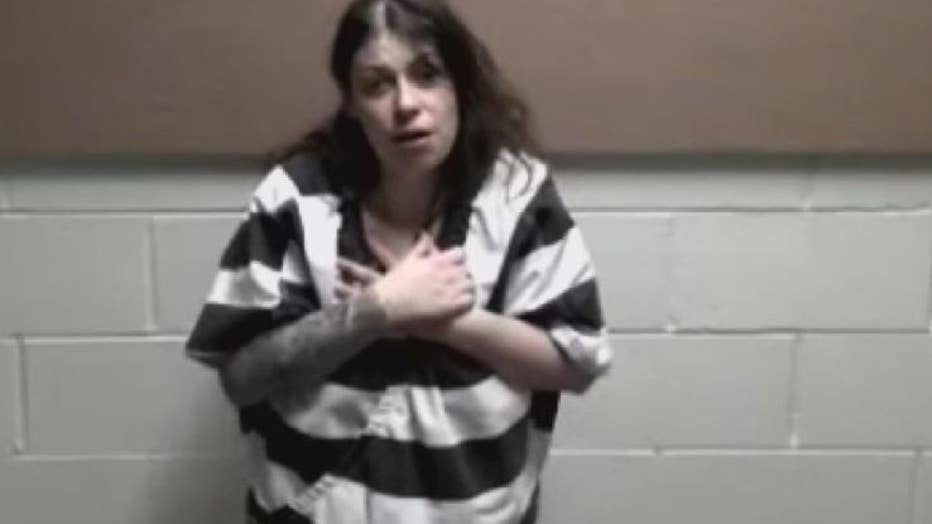 Sara Boles is charged with slashing her children's throats inside their home in Inkster.

FOX 2 reached out to CPS – who says they take complaints very seriously, adding:

"I don’t want to say its irresponsible people, they are overwhelmed," Ratliff said. "I think more resources need to be sent to CPS."

Boles is charged with two counts each of assault with intent to murder and child abuse.