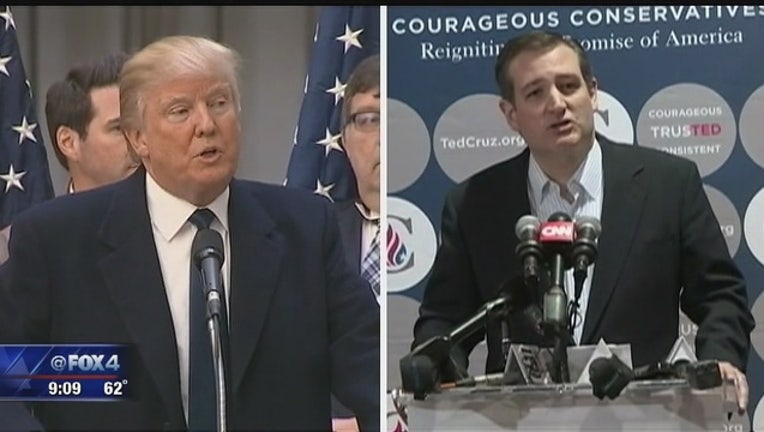 INDIANAPOLIS (AP) — Voters in Indiana are in the spotlight in a big way. That's because the delegate math going into Tuesday's primary means Indiana represents one of U.S. Sen. Ted Cruz's last chances to stop Donald Trump's march to the 1,237 delegates the billionaire businessman needs to clinch the GOP nomination outright and avoid a contested convention. The stakes are not as high on the Democratic side. Former Secretary of State Hillary Clinton already has a commanding lead in the delegate race. It's not impossible for Vermont Sen. Bernie Sanders to catch up, but Indiana could make it much harder.

Here's a look at what some voters had to say:

Elaine Clark, a 57-year-old stress management trainer, lined up early to vote at a polling station at Allisonville Christian Church in Indianapolis. The church's parking lot was full of cars and dozens of people were inside ready to vote shortly after polls opened at 6 a.m.

Clark voted for Trump. She said she was drawn to his business success and was "excited to try a non-politician for once."

"For years we've seen what the politicians do," she said. "Our economy's a wreck, we're just a mess."

Ben Swisher, 41, of Indianapolis stopped at the Broad Ripple Park Family Center in Indianapolis to vote on his way to work.

He voted for Sanders, he said, because the senator from Vermont hasn't taken a lot of money from big corporations.

"I've found that a lot of the decisions the government has made in the last several years ... have been based on what would benefit a large corporation and not the American people in general," he said.

For Chuck Nestel, a 53-year-old from Indianapolis, it was all about experience. He voted for Clinton, he said, because he thinks she's better prepared to take on the challenges of the presidency.

"I feel that she's the best candidate. She's got the most experience, and I think it's time for a woman in the White House," he said.