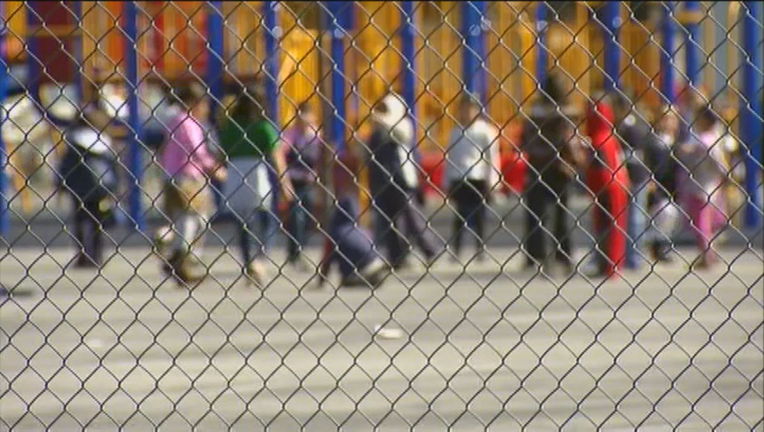 Softening his earlier stance, President Donald Trump on Thursday acknowledged that some schools may need to delay their reopening this fall as the coronavirus continues to surge.

It marks a shift from

But speaking at a White House news conference, Trump said districts in some virus hot spots “may need to delay reopening for a few weeks." He said the decision will fall to governors.

Even as he tempered his position, though, Trump insisted that every school should be “actively making preparations to open." Students need to be in school buildings to prevent learning setbacks, he said, and to access meal programs and mental health services.

As long as they have necessary measures in place, he added, “many school districts can now reopen safely.”

Trump has made opening schools a key priority as he looks to restart the economy. Students need to return to the classroom so their parents can return to work, he has said.

His push has at times put him at odds with his own health officials. Earlier this month, he said school guidelines from the Centers for Disease Control and Prevention were too tough, prompting the agency to promise updated guidance.

The CDC on Thursday added new information to its website on opening schools, but it did not appear to remove any of its earlier suggestions. Much of the new material emphasized the importance of reopening schools, echoing many of Trump's arguments.

The updated guidance urged school leaders to work with local officials to make decisions about the fall, taking into account the virus's rate of transmission in the area. It laid out a range of measures depending on the level of spread. If there's minimal or moderate spread, it recommends social distancing, masks and increased sanitation.

But in areas with substantive and uncontrolled spread, it says, school closure is an “important consideration.” “Plans for virtual learning should be in place in the event of a school closure,” the CDC said.

Some of the nation's largest districts have already rejected the idea of a full reopening. The Los Angeles and San Diego districts plan to keep classes online this fall, while New York City's schools plan to offer a mix of online and in-person instruction.

Education Secretary Betsy DeVos has said that students should be in the classroom every day if their families want and that any alternative fails students and taxpayers.

In many states, education leaders have said they want to return to school but lack the funding to implement safety measures. A group of state education chiefs has said U.S. schools would need more than $200 billion to prepare for a fall reopening.

But if a local district doesn't open, Trump said, the money should be steered to parents so they can pursue other education options.

"If schools do not reopen, the funding should go to parents to send their children to the public, private, charter, religious or home school,” he said. “All families should be empowered to make the decision that is right for their circumstance.”

Responding to his proposal, the president of one of the nation's largest education unions said Trump was “sowing seeds of chaos and confusion so he can fulfill his and Betsy DeVos’ dream of privatizing and voucherizing public education."

“He’s provided no plan and no funding and has ignored the health experts,” said Randi Weingarten, president of the American Federation of Teachers. "Teachers won’t let him get away with it.”