Fatal accident closes I-20 in Duncanville

Traffic reporter Chip Waggoner says you should avoid eastbound I-20 in Duncanville if possible. Police are investigating a fatality on the interstate following a police chase.

DUNCANVILLE, Texas - A suspected burglar was killed on Interstate 20 in Duncanville while trying to get away from police.

Someone called 911 to report a break-in at a business on Camp Wisdom Road. The caller said security cameras showed a man in a blue hoodie placing items in a backpack.

When officers arrived at the business, they spotted a man who matched that description running down an embankment toward I-20 near the Main Street exit. 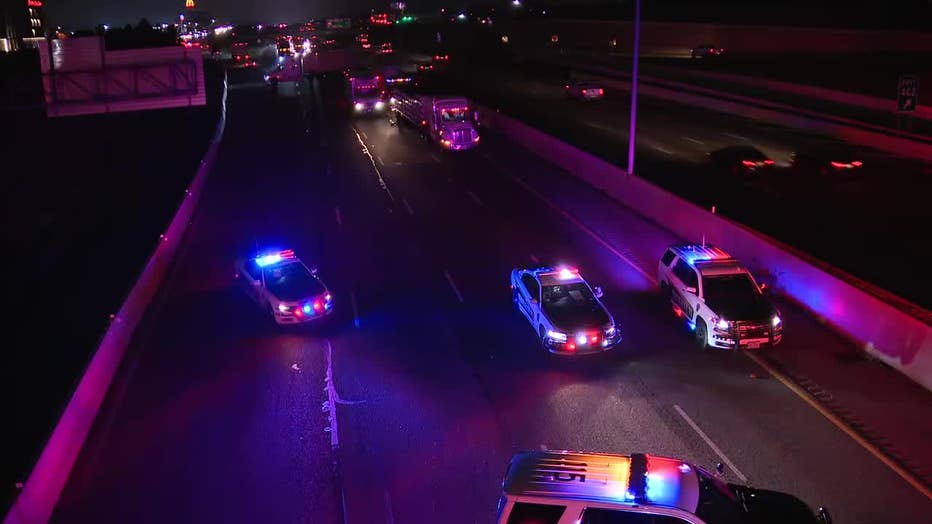 The suspect was struck by several vehicles and killed as he tried to cross the eastbound lanes of the interstate.

The Dallas Sheriff’s Office is now investigating the case.

I-20 was shut down for most of the morning because of the investigation. It has since reopened.