Hurst police say they shot and wounded a gunman during a shootout Wednesday night.

HURST, Texas - Hurst police say they shot and wounded a gunman during a shootout Wednesday night.

Witnesses told police he had been shooting the gun, pointing it at drivers and using it to vandalize cars.

It all started just before 5 p.m. in the Station 121 Apartments in what is technically in North Richland Hills.

Hurst Police say they got a call about a man shooting at a car parked at the complex. Then a second caller told police they saw the man using a gun to break car windows.

When officers arrived, they found him near the intersection of Harwood Road and Campus Drive.

Police say they gave him multiple commands to drop the gun, but he refused.

According to witnesses, police say the man then started shooting towards the officers. One officer returned fire, hitting the man in the torso. 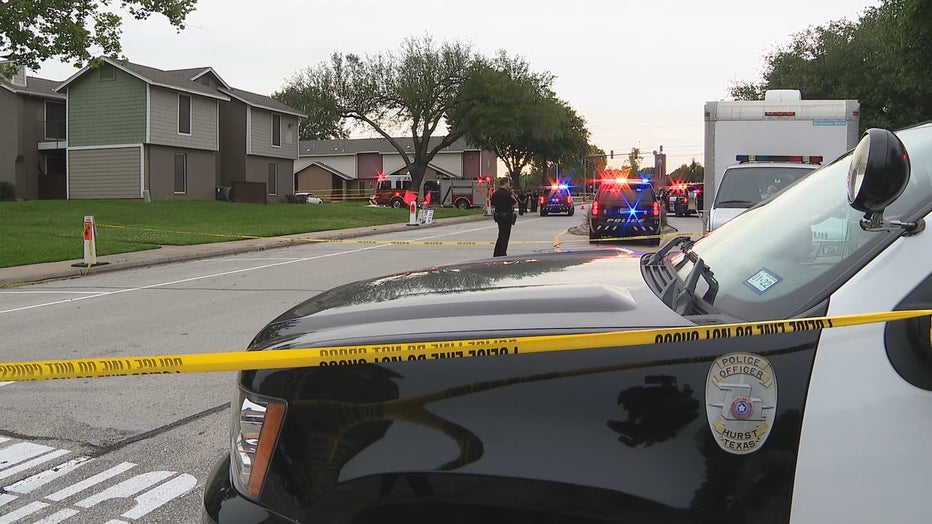 All of the commotion woke up Alejandra Rivera who was inside of her apartment napping when her car alarm started going off.

"By the time we came out, it was my alarm going off. And that’s when we noticed my window was shattered and there was bullet holes in there," she recalled. "Coming out and seeing that it was my car vandalized was a little bit upsetting, but luckily I’m safe."

Rivera says when she came outside there were no other cars around with a busted driver’s side window.

It’s unclear what led up to the shooting.

Police say no bystanders and no officers were injured.

The suspect was taken to JPS hospital and underwent surgery. He is in the ICU but is said to be stable

He is facing charges of aggravated assault with a deadly weapon by shooting at police officers.