Police said it started with a call about shots being fired in a home. When officers arrived, a man inside was firing his gun. It continued even after officers rammed an armored vehicle into the home and deployed tear gas.

HURST, Texas - A man was shot and killed by police in Hurst after leading them on an hourslong standoff overnight.

Police said it started with a call about shots being fired in a home. When officers arrived, a man inside was firing his gun.

It continued even after officers rammed an armored vehicle into the home and deployed tear gas.

The front of the Hurst home is in shambles Tuesday after a six-hour standoff between a man inside and multiple law enforcement agencies.

Hurst police say they got the call just after 2 a.m. Tuesday to do a welfare check after reports of shots fired at a home near Precinct Line and Pipeline roads. 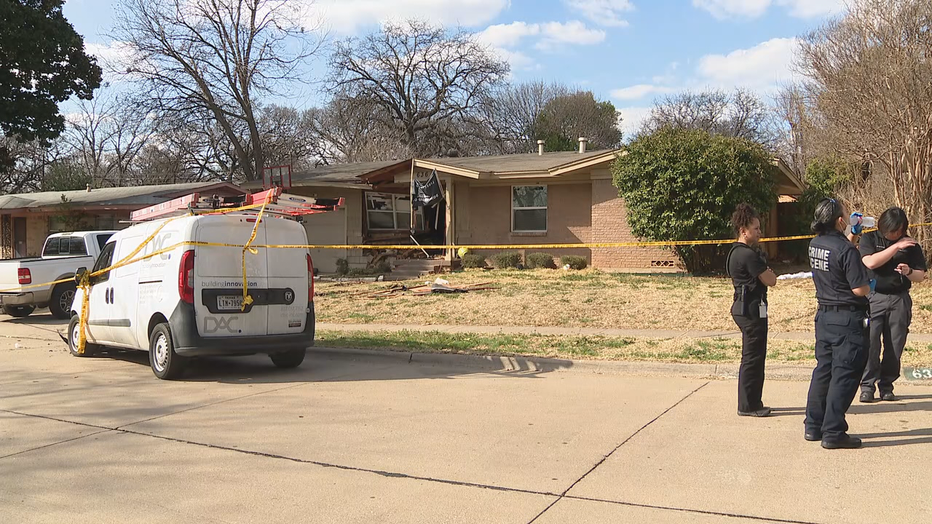 Neighbor Mark Stiles woke up to a knock on the door from police.

"They told me to turn off your light and stay in the house," he recalled.

Police say they made contact with the shooter on the phone. But soon after, they say he started firing towards the officers outside.

While Hurst PD was waiting for the Northeast Tarrant County Area SWAT Team to arrive, the shooter continued to fire dozens of rounds.

After several failed attempts, SWAT officers fired tear gas into the home and drove a large armored truck right into it.

"I saw the truck drive into the house, and it was not too far long after that I heard the gunshots," Stiles said.

The suspect, who police have not officially identified, continued to fire his weapon.

Then around 8:30 a.m., police say he walked out of the side of the home with his weapon pointed at the officers.

Seth Gonzales was stunned to see that it was his neighbor.

"I mean it was dark. He came out firing," he recalled. "And then they retaliated immediately, which is to be expected. But it’s unfortunate."

The shooter was pronounced dead at the scene.

It’s unclear whether or not he was alone inside of the home, but police say no officers or other residents were injured.

Gonzales told FOX 4 he never saw or heard anything unusual next door. He saw a family with two kids he often saw playing basketball in the driveway.