How will suspension of travel between US and Europe impact North Texas travelers?

As it stands, the ban should have minimal impact on Americans traveling to and from Europe. But one travel expert said there will be a trickle-down effect.

The ban only applies to foreign citizens who have traveled in Europe over the previous two weeks.

The National Institute of Health said 70 percent of new infections are coming from Europe, prompting President Trump to institute that travel ban.

As it stands, the ban should have minimal impact on Americans traveling to and from Europe.

But one travel expert said there will be a trickle-down effect.

The President’s decision to ban travel from 26 European countries caught many international travelers at DFW off guard.

RELATED: President Trump announces suspension of travel between U.S. and Europe for 30 days 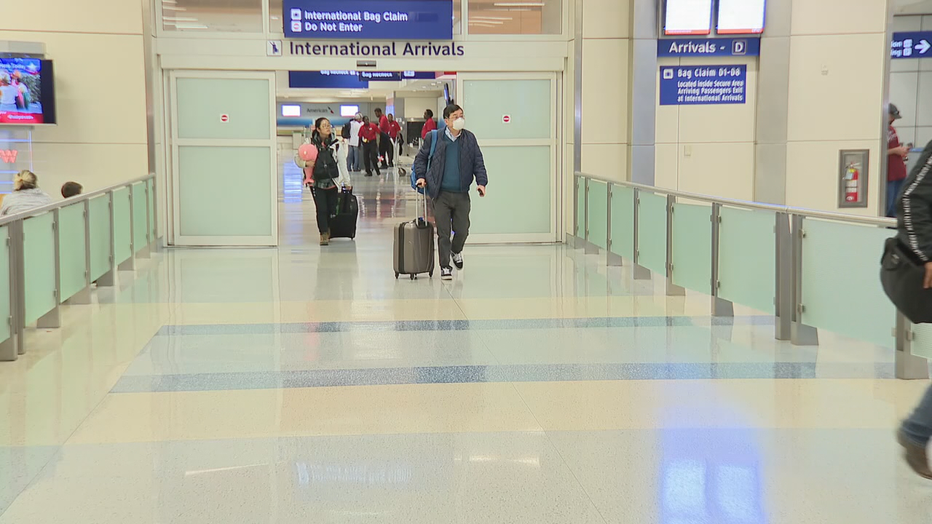 “Actually, my flight was scheduled for next Wednesday and I changed it last night in the Uber to the airport,” international traveler Jenny Arias said.

The new restrictions apply only to most foreign citizens who have been in Europe's "passport-free travel zone" at any point within 14 days prior to their arrival in the U.S.

The UK and Ireland are exempt from the travel ban.

“That really sucks. I know a lot of people who do spontaneous trips to Paris, especially right now with spring break, like, that's ridiculous,” traveler Mayson Zimmermann said.

Travel experts said the 30-day ban will cost the U.S. economy millions in lost revenue, and cause lots of confusion at European airports.

“We don't know what the scene at these airports is going to be. The availability of the sheer number of flights could diminish over the next couple of weeks as demand takes a bit of a dip,” said Gabe Saglie, Sr. editor for Travelzoo.

Saglie added that the uncertainty abroad could lead to many Americans scrapping their travel plans.

For folks looking to cancel, Saglie said they should call first.

“Sometimes, we're looking at four hour waits with some of these airlines, for example, but it may be worth it. Speaking with a representative may facilitate and get you what you want in a way that just doing it online may not,” he said. “Lean on representative, beefing up personnel now.”

Despite the ongoing threat of the coronavirus, some travelers are staying the course.

“We are here, hopefully nothing is going to happen, hopefully,” international traveler Mauricio Kleinburg said.

When asked about the travel ban, House Speaker Nancy Pelosi said the decision will have significant ramifications. Pelosi added that we'll have to wait and see if it was worth the trouble.