HPD Assistant Chief Chandra Hatcher provides an update on the investigation after the remains of a prematurely born baby were found buried in southwest Houston.

According to the Houston Police Department, investigators unearthed a fresh patch of ground at a mobile home park in the 3500 block of Darlinghurst on Thursday morning and found the remains.

Police say the 17-year-old was about 25 weeks pregnant when she gave birth.

"It is undetermined at this time if the baby was alive at birth, or deceased at the time of birth. However, we do have information that the baby was buried here on site," said Assistant Chief Chandra Hatcher.

According to HPD, the teen went to the hospital on Wednesday and notified medical staff, who then notified the police.

"The female went to an area hospital yesterday, like I mentioned, reporting of abdominal pain and notified medical staff at that hospital of the birth, as well as the burial," Asst. Chief Hatcher said. 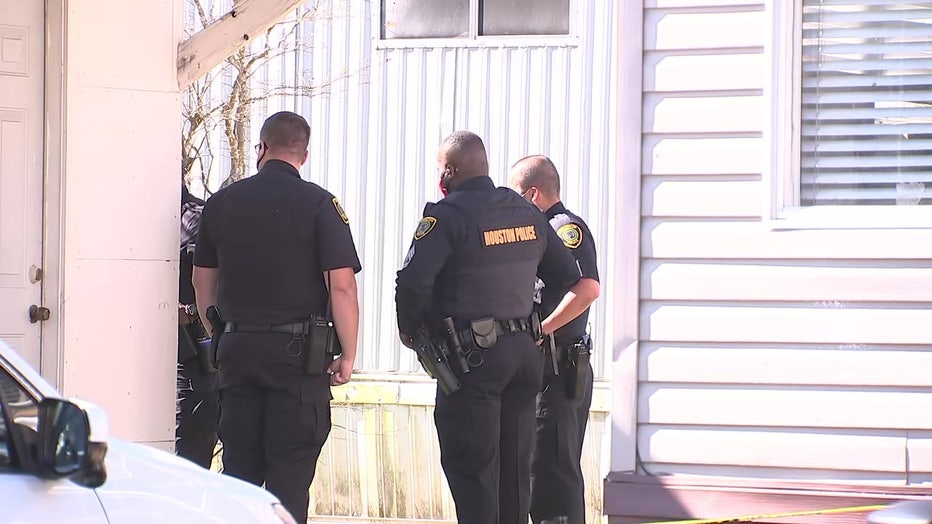 The Houston Police Department investigates after the remains of a baby born prematurely were found buried.

After delivering the baby Monday the teenager was still having abdominal pain Wednesday and went to the hospital. Detectives are now in the very early stages of determining what happened, so it is too early to know if the teen will face any charges.

"I really just want to make sure that everybody knows that people find themselves in all types of situations," said Asst. Chief Hatcher. "And if there is a possibility that a child is born, and the conditions and situations are not suitable to keep that child or care for that child, the Baby Moses Law is still in effect. They can take that baby to a fire station or an area hospital and give that child over to someone. They cannot leave the baby at a door or just onsite. They do need to give that child to someone, no questions asked."

She concluded that medical examiners are awaiting autopsy results to find out if the newborn was stillborn or how exactly the baby died.

"We’ll conduct a thorough investigation with sensitivity to those involved," the Asst. Chief Hatcher concluded.