Who is Louis DeJoy?

The embattled leader of the U.S. Postal Service is the first postmaster general in nearly two decades who is not a career postal employee.

WASHINGTON - Postmaster General Louis DeJoy, who has faced widespread criticism for his changes to the USPS ahead of last year’s election, is facing pressure to answer for the post office’s handling of COVID-19.

The House Oversight Committee penned a letter to DeJoy on Feb. 9 that called for him address the "alarmingly high numbers of coronavirus infections and deaths suffered by postal workers."

The committee pointed to a Washington Post report that showed more than 16,000 postal workers were under quarantine this week for testing positive or coming in contact with an infected person.

"We are deeply troubled by information in a letter you sent to state governors indicating that ‘we have lost 119 of our colleagues to COVID-19 and more than 14,000 employees have contracted COVID-19 nationwide,’" the committee’s letter said.

According to a Postal Service Office of Inspector General report from last November, the USPS fell short on implementing preventative and treatment measures for its workforce by:

Dejoy has until March 1, 2021, to provide the committee with a briefing on COVID-19 infections and deaths affecting the USPS, as well as the impact the pandemic has had on the mail service.

DeJoy, a prominent Republican fundraiser, allied with the White House during the Trump administration.

He earned widespread criticism last fall when he implemented changes to the postal service that would make it harder to vote by mail, which became the method of choice for many Democratic voters amid the pandemic. Critics have called for DeJoy to be removed. 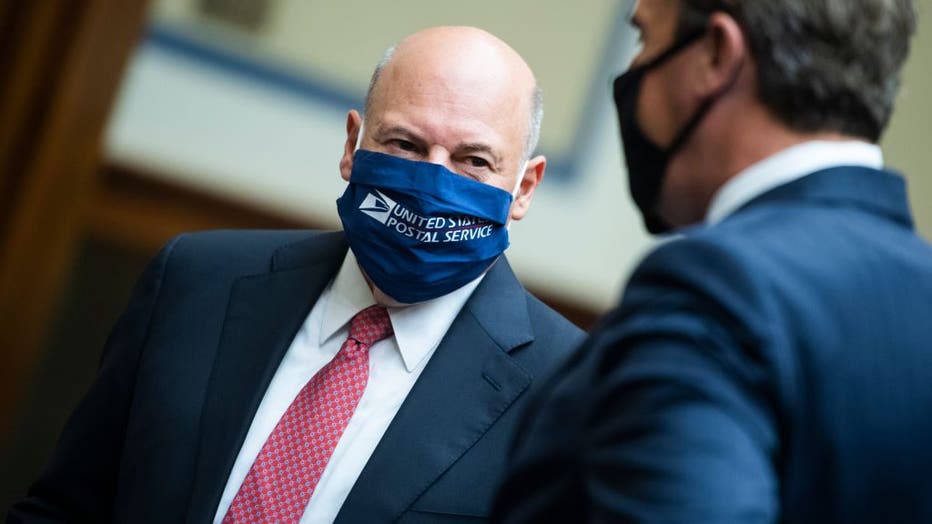 The president doesn’t wield the authority to fire DeJoy, but the U.S. Postal Service Board of Governors does — and Joe Biden has the power to appoint its members.

If Biden fills three vacancies, Democrats would take the majority of the nine seats on the panel, paving the way for a new postmaster general.

Mark Dimondstein, president of the American Postal Workers Union, told the Associated Press that Biden needs to fill the vacancies with choices that reflect greater diversity and fewer links to "the world of finance and banks."

"It is imperative that the Biden administration fill these openings promptly so that we can right this ship that has gone off course," Dimondstein said.