The city of Fort Worth announced a federal grant injecting tens of millions of dollars into a longtime troubled community.

FORT WORTH, Texas - The city of Fort Worth announced a federal grant injecting tens of millions of dollars into a longtime troubled community.

Boarded up and barren, the Cavile Place projects in Stop Six may look like a ghost town now. But Fort Worth Councilwoman Gyna Bivens says take a look at what’s on the way.

New renderings by the federal department of Housing and Urban Development show a long-awaited transformation after selecting Stop Six to receive a $35 million grant.

“For years, people have been talking about the rebuild of Cavil,” Bivens said. “And it was mainly a pipe dream like somewhere in the future.”

Sharon Armstrong is one of those people. With hopes of publishing a book, she’s hung on to faded but treasured images that detail Stop Six throughout her lifetime. She looks forward to new development and economic growth to replace widespread poverty and crime. 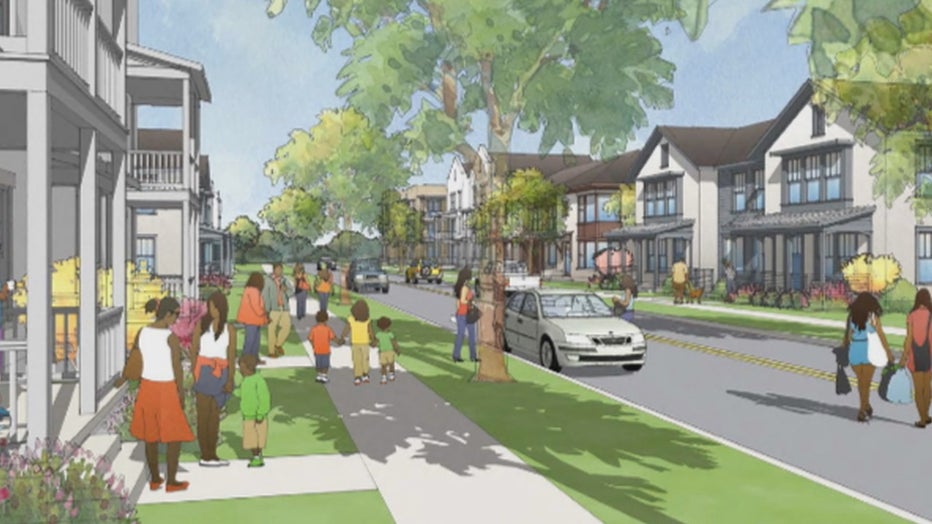 Cavile was good when it was built, but it outlived its purpose,” Armstrong says. “There should never be a place where mostly or all poor people live clumped up together.”

Bivens says demolition of Cavile Place will begin this summer. Then, select quality construction will follow at the location and all around it.