Two at large after shooting, police chase that ended in Hulen Mall evacuation

Three people are in custody and two remain on the run after a shooting at an apartment complex led to a police chase that ended at Hulen Mall in Fort Worth.

FORT WORTH, Texas - Three people are in custody and two remain on the run after a shooting at an apartment complex led to a police chase that ended at Hulen Mall in Fort Worth Tuesday.

Fort Worth police evacuated the property for an hour and escorted out shoppers and employees so they could search for two suspects. After an hour, police allowed the mall to reopen.

Fort Worth police said everything started at the Timber Ridge Apartment complex in southeast Fort Worth on Tuesday morning. That’s where someone fired gunshots injuring a tow truck driver who was attempting to repossess a vehicle.

That tow truck operator managed to make it to the 300 block of Bolen Road in nearby Kennedale and called for help from there. Witnesses from the shooting scene were also calling 911. That worker was injured and taken to the hospital. He is expected to survive.

Fort Worth police search for suspect at Hulen Mall

SKY 4 hovers over the Hulen Mall in Fort Worth where police are searching for a suspect. Officers appear to be focused on a car that crashed into a bollard near the mall's entrance.

Police said an officer located a possible suspect vehicle about 15 minutes later on Rodeo Drive, and that vehicle led officers on a chase from Interstate 20 to Hulen Mall. The chase ended near the Macy’s parking lot.

There were five people in the car, with three arrested by officers and two others who were able to flee. That resulted in the evacuation of the mall.

The entire mall was shut down for just over an hour while police conducted a sweep trying to locate the suspects. They did not and are uncertain if they ever entered the mall. They did find a gun in the area outside the mall where the vehicle came to a stop. 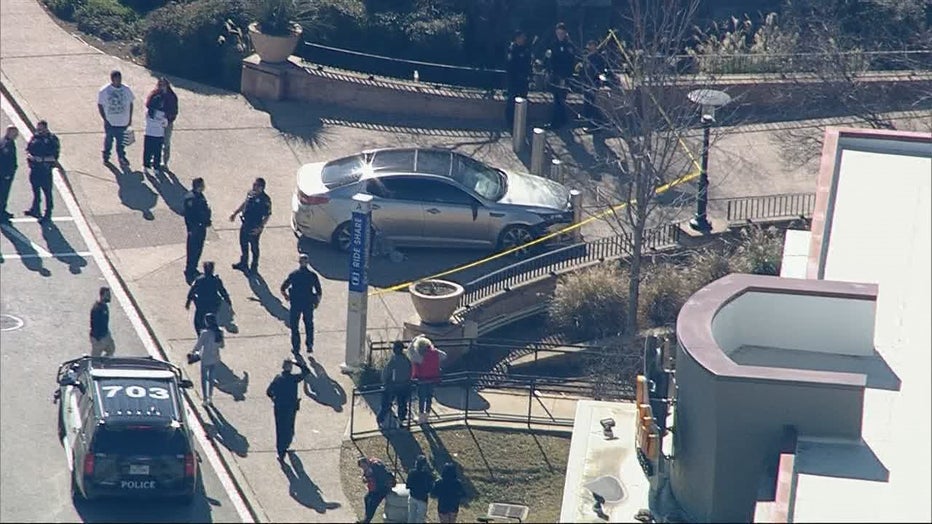 There were no shots ever being fired inside the mall or any injuries related to the search of the mall.

Police have not said whether any of the people in custody is the suspected shooter.

"A weapon was recovered on the scene at Hulen Mall," said Fort Worth Officer Daniel Segura. "However, I want to clarify that there were no shots fired within Hulen Mall."

Footage from SKY4 showed police focused on a silver sedan along the edge of the mall property that appeared to have crashed into bollards.

The tow truck driver is doing fine, according to his employer.

Police have questioned the three suspects in custody and are still working to figure out who shot the driver.

Police have not released the ages of the suspects and say they’re still going through surveillance video to try to locate the two who are missing. 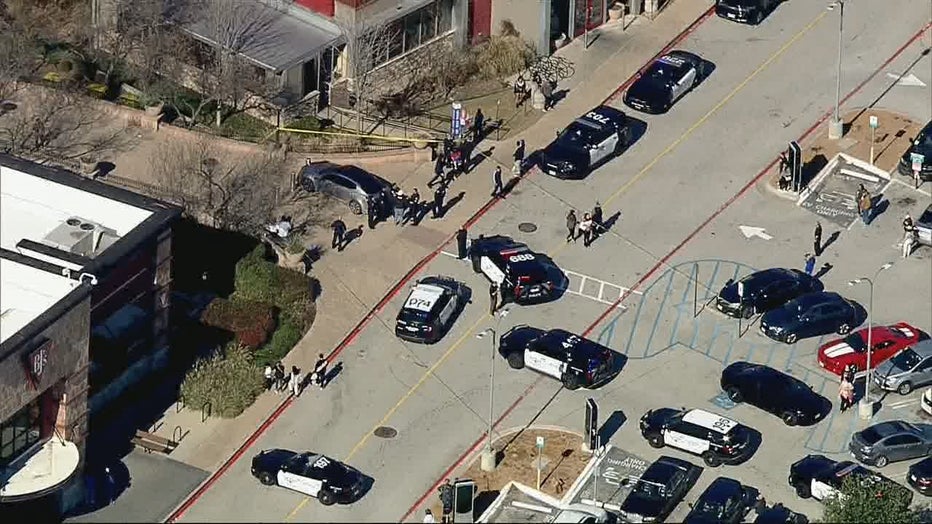