A North Texas mom is beating the odds by giving birth to quadruplets just months after being diagnosed with a brain tumor.

HASLET, Texas - A North Texas mom is beating the odds by giving birth to quadruplets just months after being diagnosed with a brain tumor.

Katie Sturm from Haslet was told she was pregnant with the quads in February.

In March, after suffering seizures, Sturm was diagnosed with a rare brain tumor. Doctors at UT Southwestern moved quickly and successfully removed the tumor that month.

Eighteen weeks later, Sturm gave birth to Austin, Daniel, Jacob and Hudson. She says she’s leaning on her faith to get her through such a time of change.

“When I found out I had a brain tumor, it was just kind of so surreal. It was hard to believe,” she said. “So at that point, I just had to turn it over to God, and I guess he wouldn’t give me quadruplets if he didn’t want me to be around for them." 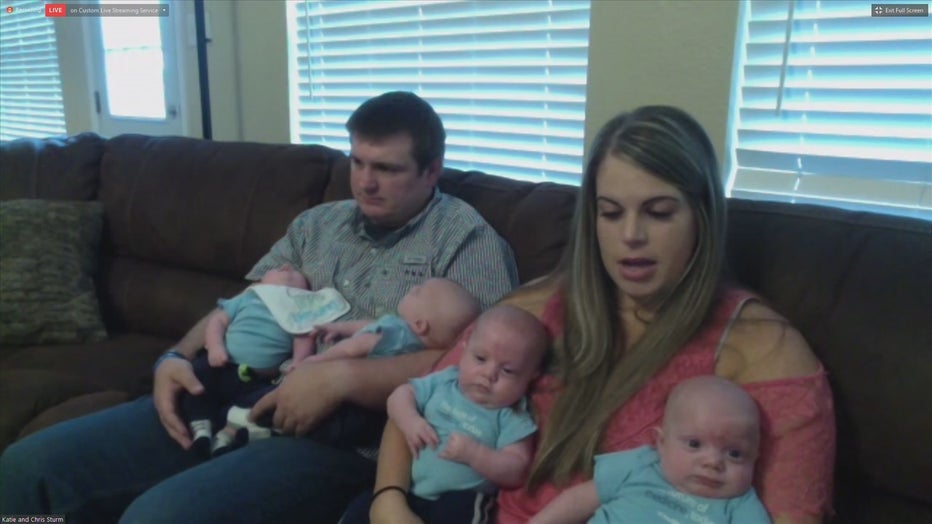 Sturm conceived the quadruplets naturally, which is estimated to happen in about 1 in 700,000 births. Doctors also believe she’s the only woman to have a glioma brain tumor while being pregnant with quadruplets.