Newly released video shows the moment three police officers were shot in the Fort Worth suburb of Haltom City. All three are expected to be okay. Police said the man killed two other people and then himself.

According to police, this incident started just before 6:45 p.m., when officers were called to the 5700 block of Diamond Oaks Drive about a shooting.

Freyman also reportedly shot an elderly neighbor who reported the shooting to police. She was taken to a hospital with non-life threatening injuries. Police said she was set to have a surgery.

Responding officers were immediately met with gunfire from the suspect inside the home, resulting in three officers being injured. 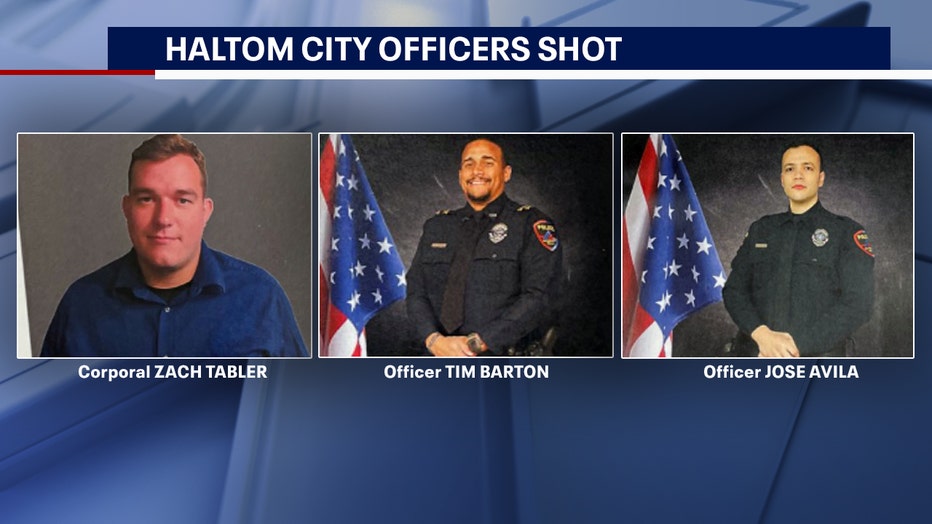 At least six homes across the street were hit with bullets. That's where the elderly woman was shot.

Freyman fled on foot after the exchange of gunfire. Police said he was later found with a self-inflicted gunshot wound, with a "military-style" rifle and handgun near him when he was found.

Krysten Rodriguez heard the gunshots before officers arrived and went out to the front yard and saw a man bleeding.

"That’s when I saw somebody on the ground and thought he was hurt from fireworks, and never ever occurred to be that the man was dead on the driveway," she recalled.

Texas Rangers will be conducting the investigation to see if the weapons found on the suspect were legally owned.