After a manhunt through a Haltom City neighborhood, police said three officers were injured and two people were killed during an officer-involved shooting Saturday evening.

HALTOM CITY, Texas - After a manhunt through a Haltom City neighborhood, police said three officers were injured and two people were killed during an officer-involved shooting Saturday evening.

This happened near the area of Diamond Oaks Drive in Haltom City.

Multiple police departments were on scene, including Fort Worth, Haltom City, North Richland Hills, and DPS.

The suspect was located and is dead from a self-inflicted gunshot wound. Police said he had a "military-style" rifle and handgun near him when he was found. 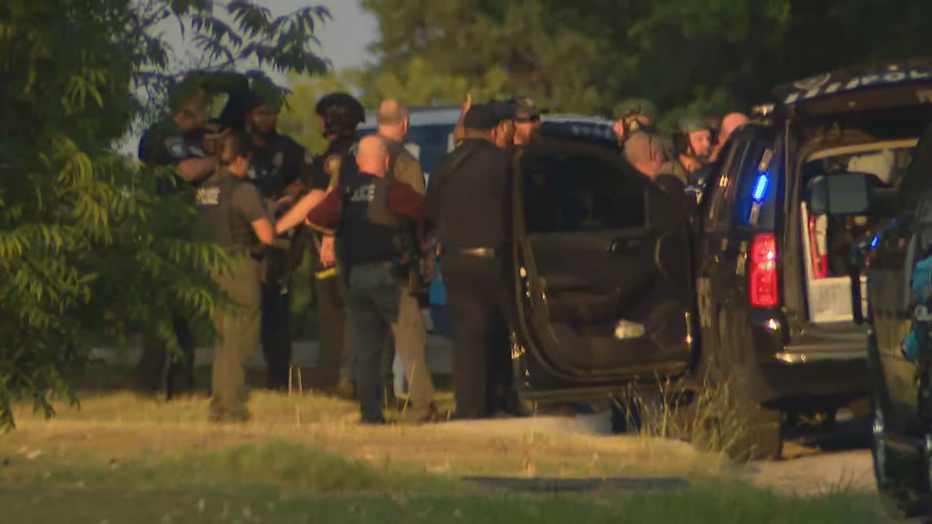 Police said a call came in from a distressed woman, just before 7 p.m., that shots were fired at a home off Diamond Oaks Dr.

Police said a man and woman were found dead at the scene. The woman was found inside the home and the man was found outside

The woman who called 911, an elderly woman, was also shot. She is alive at the hospital and police said her injuries are believed to be non-life threatening.

It’s unclear if the suspect lived in the home where police were initially called to or how he knew the victims.

A manhunt was then underway for the suspect.

Officers did exchange gunfire with him at some point, but police are continuing to investigate that.

The suspect was then found dead with what police said was a self-inflicted gunshot wound.

Nearby residents were told to shelter in place during this incident, but were allowed to return to normal Saturday night.