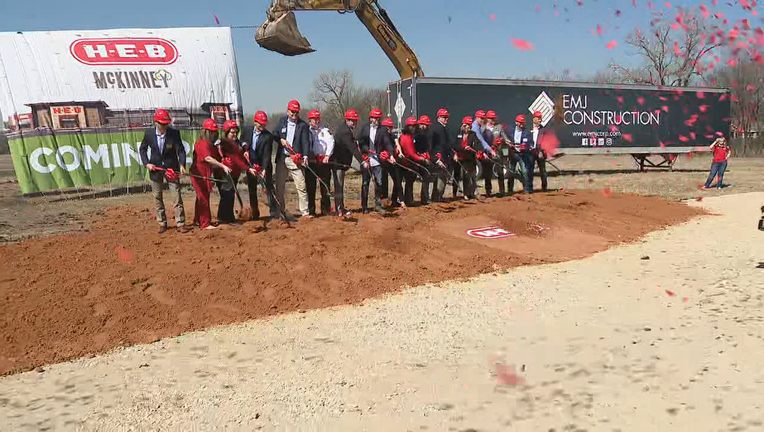 McKINNEY, Texas - An H-E-B grocery store is coming to McKinney.

A groundbreaking ceremony was held at the site Thursday morning, located at the northeast corner of Custer Road and Eldorado Parkway near Stonebridge Ranch.

McKinney Mayor George Fuller said he knew H-E-B was special when they first met to discuss opening a store in the city.