A North Texas man has been arrested after he was identified as one of the people who stormed the U.S. Capitol last week.

GRAPEVINE, Texas - A Grapevine man who entered the Senate chamber during the January 6th attack on the US Capitol was found guilty by a federal judge in Washington, DC Wednesday.

Larry Brock, a 55-year-old Air Force veteran, was convicted on six charges, including one felony.

On the day of the attack Brock, who was wearing a tactical vest and helmet, made his way into the building at 2:24 p.m. and picked up a pair of plastic flex-cuffs.

He then entered the balcony of the Senate at 2:43 p.m., and rifled through paperwork on Seantors' desks. 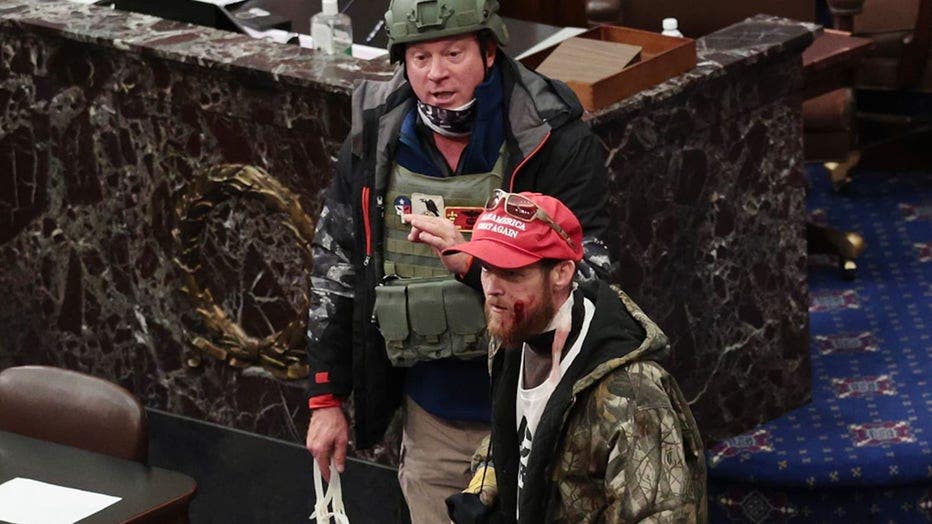 In the weeks leading up to Jan. 6 Brock posted multiple messages on social media including, "I prefer insurrection at this point" on Dec. 27 and "our second American Revolution begins in less than two days" on Jan. 5.

Brock faces up to 20 years in prison.

In the 22 months since Jan. 6, 2021, nearly 900 individuals have been arrested for crimes related to the breach of the U.S. Capitol, including over 275 individuals charged with assaulting or impeding law enforcement.