The Christine Blubaugh Act that went into effect in December aims to make education on issues, including dating violence, required in public schools. It's named after a high school student who was killed by her ex-boyfriend. Her family and friends gathered at South Grand Prairie High School to honor her memory through that legislation.

GRAND PRAIRIE, Texas - Grand Prairie ISD honored the legacy of a high school student who was killed by her ex-boyfriend more than 20 years ago.

The Christine Blubaugh Act that went into effect in December aims to make education on issues, including dating violence, required in public schools.

The teen’s family and friends gathered at South Grand Prairie High School on Monday to honor her memory through that legislation.

Blubaugh was killed more than 20 years ago, but her story has stuck in the minds of many.

Several old teachers, classmates, and police officers who worked the case came back to South Grand Prairie High School to celebrate the new law in honor of Christine Blubaugh. 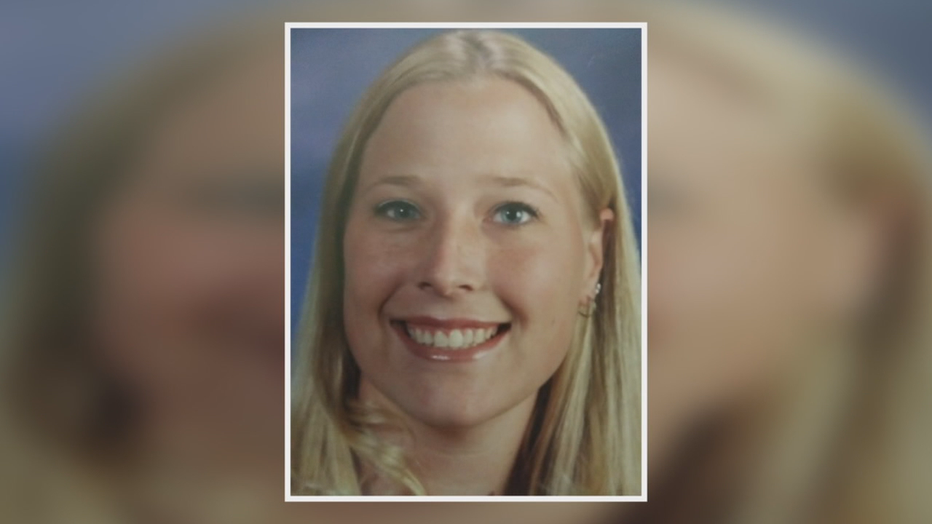 Blubaugh’s memory is still alive in the minds of her high school classmates from the class of 2001.

Police officers who were working the night of her death and have since moved onto other departments and retired former teachers all returned to the school to pay tribute to Blubaugh.

"Every student touches your heart. They’re part of you," said Cynthia Copley, a former teacher. "As long as I live, my students are a part of my heart."

Blubaugh was just 16 years old when she was killed by her ex-boyfriend in a field in South Grand Prairie in 2000. He then took his own life.

"I think the stigma around it is to not talk about it or it’s not your problem," Fanelli said. "And it just goes to show once there is a death, it is our problem. Everyone is affected by it."

Last year, the state legislature passed the Christine Blubaugh Act. It was written by Morris.

The law requires Texas public schools to provide age-appropriate education on topics, including dating violence, domestic violence and child abuse so that students are prepared to recognize warning signs.

Hoping to give students a reminder on this Valentine’s Day that love shouldn’t hurt and help is always there if needed.

"I think it brought back her memories. For me, it makes her feel more alive," Blubaugh-Inocencio said. "And so it helps me, and I hope it helps everybody else because it keeps her memories alive."

Advocates for this law say they hope they can take it beyond the state and introduce similar legislation across the country.