GRAND PRAIRIE, Texas - A Grand Prairie ISD senior was accepted into 21 colleges and universities and received over $80,000 in scholarship offers.

Ezekiel Oluwemimo graduated this past weekend from Grand Prairie High School and will be attending the University of Texas at Arlington this fall.

Oluwemimo plans to study Civil Engineering, but not for just any reason.

When he was little, his mom - who passed away years ago - asked what he wanted to be when he grew up. At the time he had no idea, but looked to his uncle for inspiration.

"He was an engineer and he looked like he was being successful and it just looked interesting to me, and my mom was like ‘Yeah, you should try something like that because engineering is a good job, you’re earning good money, and you’ll be successful,’" Oluwemimo said. "I was like okay bet mom, I would do that. To this day, I want to keep my promise to her that I’ll be an engineer." 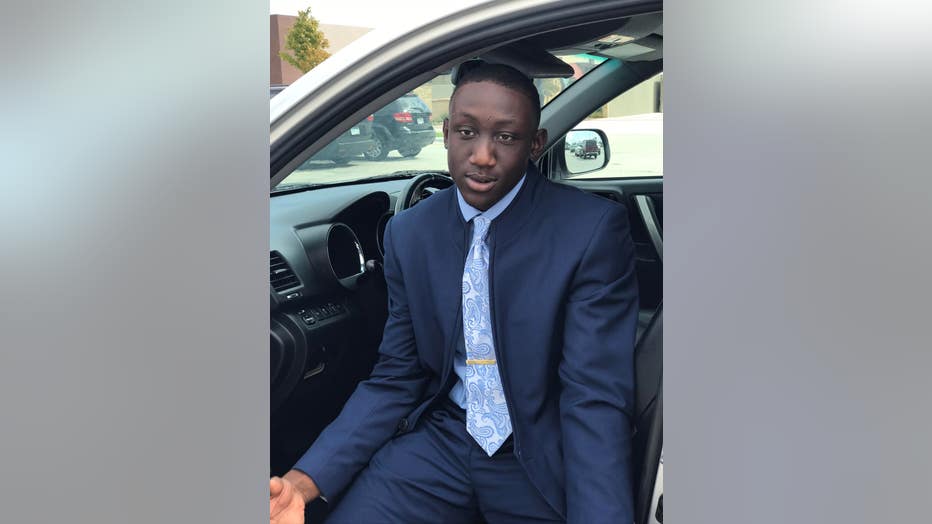 Making sure Oluwemimo went to college was important for both his mom and dad.

"He's been one of the main reasons, him and my mom, pushing me to go to college, be someone successful in the future, and that's what I plan to do at college," Oluwemimo said. "He's been through a lot and he's always stressing that we have to do something in our lives to make it because he doesn't want us to go through the things he had to go through as an immigrant from Nigeria," Oluwemimo said.

Having been in AVID, sports and choir throughout his four years in high school and recently joined the National Honor Society, Oluwemimo is excited to be involved in organizations during his time at Arlington.

"I have to be involved or I don’t feel like I’m part of the school at all. If I go to any school, I have to do something," Oluwemimo said. "This is a one time opportunity for me: I like to take advantage of opportunity, so I would like to get more involved because I know I would learn from them and they might learn stuff from me, and I’ll definitely remember for the rest of my life."

One of Oluwemimo’s many opportunities that will leave a mark on him after high school is his three years in football as a safety and a sprinter in track and field.

Although he was unable to receive offers to play in college like he hoped due to a groin strain injury that forced him to sit out his last year, he will not forget the lessons his team taught him.

"My head coach, Coach Tademy, has always taught me to push forward and to not have any regrets because if you have regrets, you feel like you haven’t put 100% in … what you worked so hard for, so he's always telling me whatever I do put 100% in it so I don't have any regrets," Oluwemimo said.