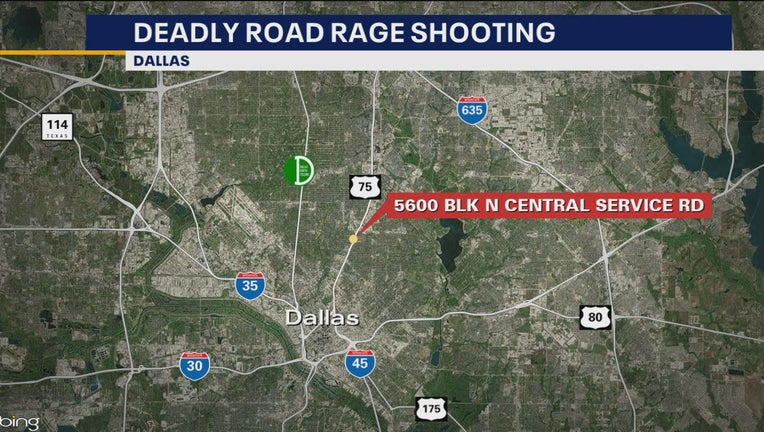 DALLAS - A man was shot to death during a road rage incident along the Central Expressway Monday night.

Dallas police said it happened around 10 p.m. on the service road of the highway near Mockingbird Lane.

The 22-year-old shooter told police another man rammed his vehicle and blocked him in. He said the other man then tried to get into his vehicle with his wife and 1-year-old child inside.

He told officers he grabbed his gun, fired through the window and killed the other man.

Police have not released the names of those involved. They described the victim as a 36-year-old male.

A grand jury will review the case to determine if the shooter will face any charges.